Three All Whites and seven Wellington Phoenix players have been named in a talented New Zealand squad named for next month's under-20 men's football World Cup in Poland. 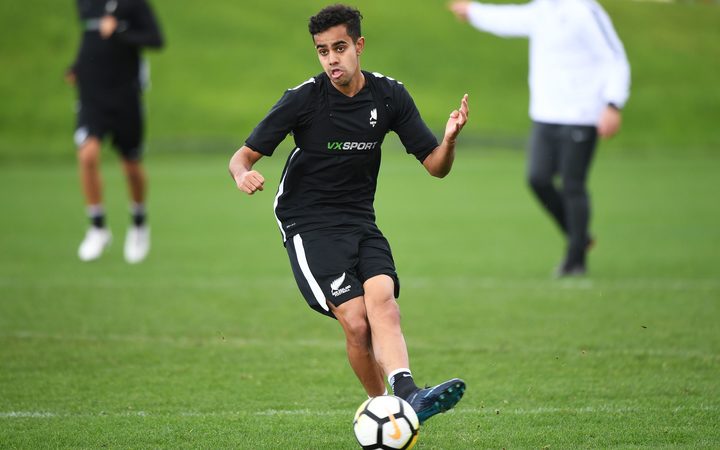 All part of the national senior squad, goalkeeper Michael Woud, who plays in the Dutch top division, and prominent Phoenix youngsters Sarpreet Singh and Liberato Cacace were all included in the squad named by coach Des Buckingham on Tuesday.

Joining the trio in the 21-player group are five other Phoenix players, including Callan Elliot and Ben Waine, who have both featured for the club's first team in this year's A-League.

A fourth All White, Dane Ingham of the Brisbane Roar, was unavailable for selection because of injury.

The squad also includes the star of the national premiership which finished last month, striker Callum McCowatt, four of his team-mates from the young Eastern Suburbs side which clinched the title and six overseas-based players.

Buckingham said his preparations have included months of travelling to visit players and clubs, adding the far-reaching nature of the squad is the result of impressive player development both in New Zealand and beyond.

"I've been here for five years and worked across all the remits, from grassroots all the way through to clubs and now the national teams.

"I've seen the growth of the game in this country and there's some really good work being done across the whole breadth of New Zealand.

"We're now starting to see some fruition of that."

Over a six-month period, Buckingham has worked with over 70 players and had a welcome headache in narrowing that down to the final squad, who will take on Honduras, Uruguay and Norway in group play at the World Cup.

"When you go to these major events and are playing against the best players in the world for their age, you need to take the players who are going to be able to compete on that world stage. I feel the 21 we've selected will do that."

Buckingham said they were using the success of the New Zealand under-17 women in achieving a bronze medal at their World Cup last year as inspiration and believes his talented squad have the ability to create their own relative history.

"That was a fantastic achievement for the girls and coaching staff but also for the country - it shows what can be achieved.

"First and foremost, we will look at getting out of the group and the furthest New Zealand has gone at this tournament is the Round of 16. So, if we're looking to create our own history, it will be to get to that game and win it.

"From there, we've seen what's possible and there's no reason why these players can't do the same."