Waikato Bay of Plenty Magic have ground out a critical 57-50 victory over the Tactix to keep in striking distance of the competition's top three. 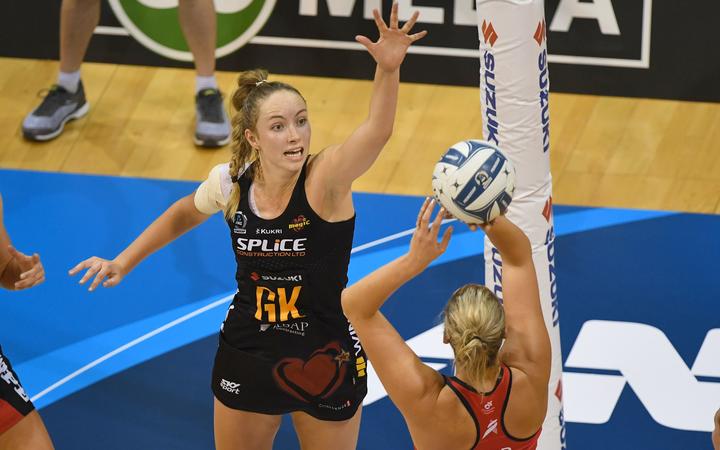 In a match where both teams surged, the Tactix wouldn't let the more consistent Magic shake them off. But it was the Magic's superior performance around the hoop that ultimately gave them the win.

The Tactix' lopsided shooting circle paid the price. While Ellie Bird was her usual highly accurate self - scoring 43 from 46 (93 percent) - her shooting partners barely added to their total.

The Tactix deserved a bonus point for their determination, but again just fell short.

It was a close fought first quarter, with the Magic coming out ahead, 14-12.

The Tactix made the initial advance, scoring the first three goals of the game, before the Magic replied with four in a row. Little separated the two teams from then on in the opening 15 minutes.

McPhee was in control in the Magic shooting circle, potting all of her shots, and shooting from a variety of ranges. Incisive feeding from Ariana Cable-Dixon and Sam Sinclair made it so much simpler for her, despite the defensive efforts of Jane Watson and Sonia Fenwick.

The Tactix drew level early in the second spell, but the Magic struck back and established a slight ascendency to go six goals ahead.

But the Tactix wouldn't be shrugged off, and closed to within three at halftime, 30-27. Bird was virtually the sole shooter for the Tactix; it took 28 minutes of play before goal attack, Kate Beveridge, scored her first goal.

Wanting more, the Magic made two tactical changes to their midcourt for the third quarter - Sydney Fraser coming in at wing attack and Jenna O'Sullivan at wing defence.

The Tactix took advantage while the Magic tried to settle in their new combinations, and again the Mainlanders drew level.

It took another Magic burst - this time five in a row - to re-establish their dominance. Kelly Jury assumed the upper-hand in a ferocious "battle of the twin towers" with Bird, and the Magic's drive through court took on more urgency and conviction.

Up 45-38 going into the final spell, the Magic's confidence grew - especially on defence. Sinclair owned the midcourt, taking five intercepts during the match.

The Tactix defensive trio of Watson, Fenwick and Charlotte Elley never gave up, and their doggedness helped halve the gap to five with five minutes remaining - desperate to at least grab a bonus point. But to their frustration, they let it slide away in the final moments.