The Black Ferns Sevens have named a debutant and recalled a former player for next weekend's Kitakyushu leg in Japan as they seek to secure their place at the top of the World Series rankings. 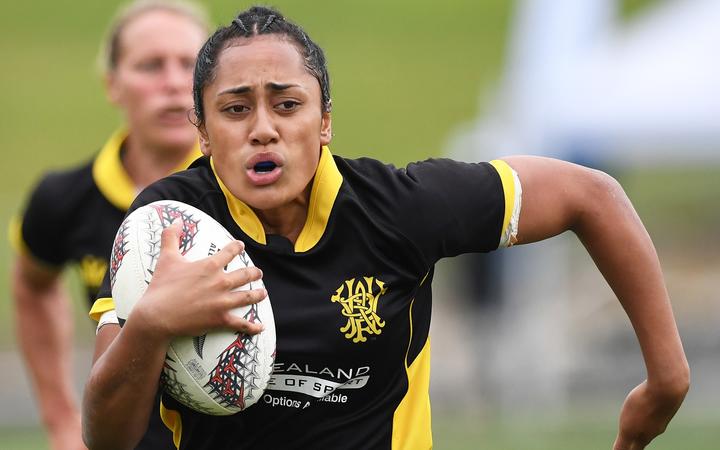 Uncapped 18-year-old Dhys Faleafaga is in the squad, one week on from signing a full time contract.

Chey Robins-Reti, who was a contracted member of the team in 2017, has been recalled after strong performances in the development team.

Assistant coach Cory Sweeney will be at the helm of the team for the upcoming tournament, with head coach Allan Bunting granted leave for health reasons.

Sweeney said the selected group are a good mix of experience and youth.

"It's never nice having players on the side-line but at the same time, this is an exciting opportunity for those that have been selected."

"We have strong leaders in this group and believe that this team will be able to go to Japan and perform well," said Sweeney.

After strong performances for the Black Ferns Sevens development team in recent months, Faleafaga and Robins-Reti will make the step up to international honours and Sweeney said they have been impressive since joining the squad.

"Both these players were stand out members of the development team earlier this year and haven't taken a backwards step. Dhys is in with us full time now and is a player with immense potential. Chey has previously been in our environment and knows what is required on the international stage. We're excited for both of them."

"A good result in Japan will go a long way in securing that Olympic Qualifying berth which has been the big goal this season."

The Black Ferns Sevens take on Russia, France and hosts Japan in pool play at the Kitakyushu tournament April 20 and 21.