The Waikato Bay of Plenty Magic have climbed to fourth on the ANZ Premiership netball ladder after a 53 to 42 win over the Northern Stars. 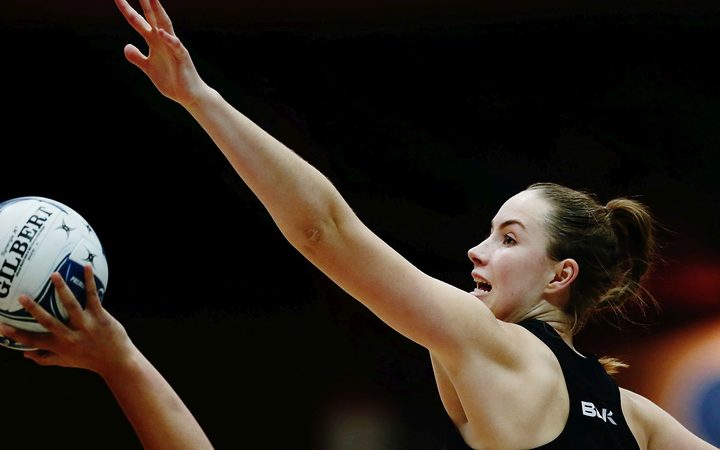 The Stars failed to fire in the first quarter trailing by 10 goals, a last ditch fight-back unable to deter the visitors in the final spell.

Shocked by their 10-goal loss to the Northern Mystics the week before, the Magic came out dominant at both ends of the court, and never really relinquished control.

Circle defenders Jury and Casey Kopua - with nine intercepts between them - and shooters Kelsey McPhee and Monica Falkner - celebrating her 23rd birthday with an almost perfect game, 15 from 16, were the standouts for the Magic.

It was another rough start for the Stars, for a second week in a row, from which they never recovered.

It was the intense defence of Kopua and Jury - the match MVP - which put them under immediate pressure, and pushed the Magic out to an early 6-2 lead.

The Stars halved the deficit, but with Stars shooters Maia Wilson and Ellen Halpenny and their feeders rattled, the Magic extended to five ahead - and just kept on going.

In contrast, McPhee and Falkner were in sparkling form, missing only one between them in the first quarter to lead 17-7 at the break.

The Stars needed change, so brought on Storm Purvis at goal keep (for Kate Burley) and Charlee Hodges at goal attack (for Halpenny).

They scored the next four goals, with the experienced Temepara Bailey, Kayla Cullen and Leana de Bruin ratcheting up the pace.

But the Magic weren't to be out-done, their defence contesting every pass, and Jury picking up two crunch intercepts (from a total of six) to widen the gap once more.

While de Bruin and Purvis stole a lot of ball from the Magic, it wasn't converted by their shooters and they found themselves lagging behind 26-17 at half-time.

Still looking for more impetus, Stars coach Kiri Wills moved Bailey to wing attack, with Holly Fowler filling the centre role, and it appeared to pay off, with the Stars benefiting from Bailey's vision into the circle.

But McPhee and Falkner, fed smartly by Ariana Cable-Dixon, were unrelenting in the Magic shooting circle and kept the distance at double figures. In fact, the Magic - looking relaxed and in control - marched away with the quarter, 16-10, to lead 42-27 going into the final spell.

With Cullen moving back into goal defence to try to quell Falkner, and while they managed to peg back a few goals through the doggedness of Hodges, the Magic had already bolted. McPhee ended the game with a more than impressive 38 from 45 (84 percent).