Athletics New Zealand is confident teenage sprint sensation Edward Osei-Nketia wants to run for Aotearoa, but concede Australia's relay team and money may win him over. 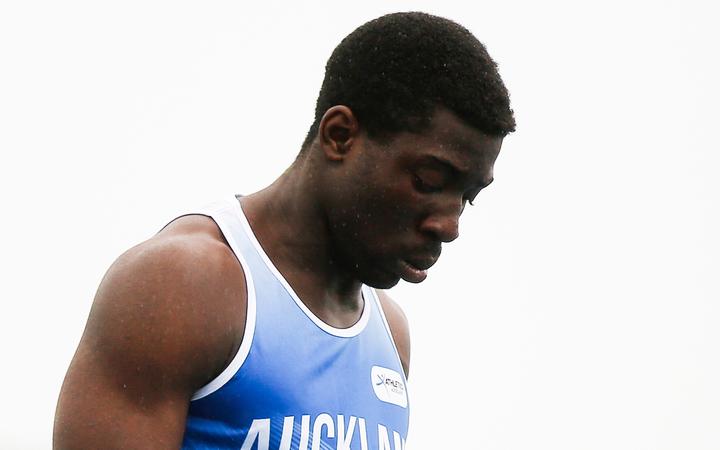 Athletics Australia is making a dramatic last-ditch bid to convince the New Zealand-born star to wear the green and gold at international level.

Nketia, 17, claimed an impressive victory in the senior men's 100m at the Australian National championships on the weekend.

Nketia spent eight years in Canberra before moving back to Wellington last year to finish his schooling.

He is an excellent rugby prospect, and plays for Wellington's Scot's College first XV, with the Hurricanes and New Zealand Sevens thought to be interested in the outside back.

Athletics Australia's head of performance and coaching Christian Malcolm, Athletics NZ high performance boss Scott Goodman and Nketia's coach and father Gus were supposed to meet on Sunday to thrash out his immediate future, but that didn't happen.

Goodman told RNZ on Monday he believes Osei-Nketia is keen to follow in his father Gus' footsteps and sprint in the silver fern - he's a New Zealand national 100m record holder.

"Definitely, I think his preference is to compete for New Zealand. Gus (Nketia) would like to see that happen and Edward would like to follow his father and become a representative of New Zealand," Goodman said.

However, Goodman said the potential cash on offer from Australia could be hard for the teenager to ignore.

"I can't really talk to it (for lack of knowledge) behind the scenes, what Australia are offering.

"It's a bit like negotiating with a rugby player, we don't normally have to deal with this kind of stuff, but maybe they're (Australia) offering him something financially, which is harder for us to match.

"However if they (Nketia and his father) were offered something or did ask for something then we'd at least get a chance to chat to the family (before they make a decision)."

Goodman also concedes Australia's strength in the 100m relay, and what they can offer Osei-Nketia there, is another hurdle Athletics New Zealand would have to overcome.

"The relay options are better in Australia, as a backup for him.

"As an individual athlete whether he's Australia or New Zealand probably won't matter much, but if he's wanting to do relay at some stage they (Australia) have more depth and stronger relay teams. They're naming a team to go to the World Relay Championships in Yokohama in May, and they'd want him to be a part of that," Goodman said.

Were Nketia to choose Australia he would be added to an impressive 4x100m relay squad also including Rohan Browning, Trae Williams, Jack Hale and Jake Doran, all of whom have run under 10.20.

Nketia must decide before June's Oceania championships whether he wishes to represent Australia or New Zealand at international level.

Once that call is made, he is unable to switch nationalities until he turns 20.