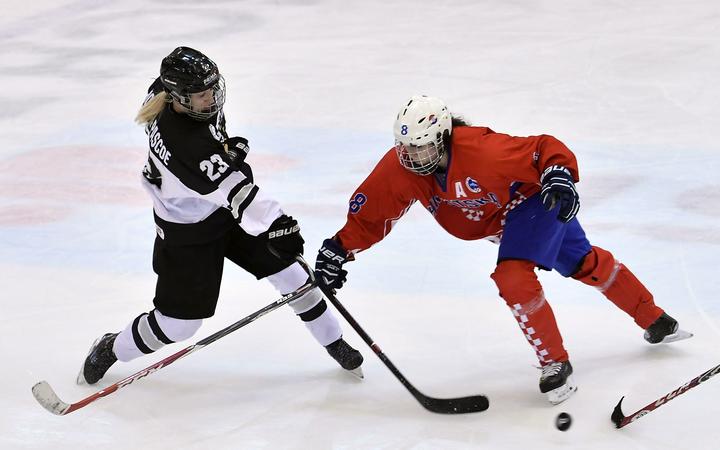 The Ice Fernz had to wait until the outcome of the Chinese Taipei vs Iceland game to find out the colour of their medal, with the former eventually winning 5-2.

Before thinking of any medal ceremony, they first had to deal with a feisty and strong Croatian team.

It took until the second period and the 28th minute of the game before the Ice Fernz finally lit up the net. Three more goals followed before Croatia were able to put something on their score sheet, before New Zealand replied shortly after to secure a dominant 5-1 win.

The game most valuable player award went to Abbey Heale, who played an outstanding role on the left wing.

The best New Zealand player award for the tournament went to Jasmine Horner Pascoe, who finished the tournament with five goals and five assists, enough to secure second place on the overall points table.

The Ice Fernz will attend the awards ceremony tonight at the conclusion of the final game of the tournament before returning home tomorrow.