It doesn't matter what the sport or occasion, folk are forever fussing about the last names on the teamsheet. Tom Blundell and Ish Sodhi are the most recent example, after being picked in New Zealand's 15-man Cricket World Cup squad. 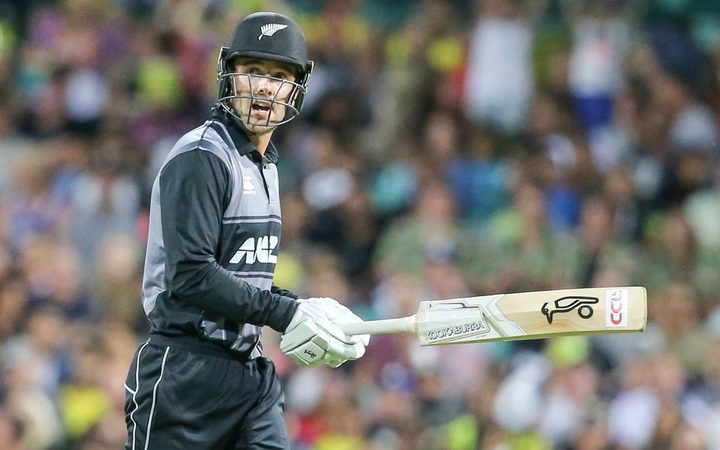 Barring injury to first-choice wicketkeeper Tom Latham, Blundell won't play. Sodhi might get a game or two, but isn't the man standing between the Black Caps and world cup success.

It'll be the same when the 31 All Blacks are named for their own world cup this year. Names 28 to 31 will generate absurd levels of debate, given their major role will be holding tackle bags.

Again, you congratulate Sodhi and Blundell and wish them nothing but the best, it's just that the Black Caps are essentially a three-man band. If Kane Williamson, Ross Taylor and Trent Boult have big tournaments, then the team are a strong semifinal chance.

If not, then that maiden world cup title might remain elusive.

The biggest issue for New Zealand looks to be their batting. They don't possess an explosive and proven opening combination - assuming Henry Nicholls remains stationed there - nor a noted innings-closer.

Williamson and Taylor, at three and four, are world class accumulators, while No.5 Latham is also more of a nudger. That makes the Nicholls selection rather curious.

The best teams will hit up top. Hosts England have Jason Roy and Jonny Bairstow, with Alex Hales in reserve, and David Warner and Aaron Finch loom as Australia's likely combination. Shikhar Dhawan and Rohit Sharma are proven performers for India, while Quinton de Kock (South Africa) and Chris Gayle (West Indies) have taken One-Day International attacks apart on their own in recent times.

If Colin Munro can't get a game for New Zealand, then a lot falls at the feet of Martin Guptill. A noted destroyer of mediocre attacks, Guptill managed scores of 5, 15, 13 and 14 in January's ODI series against India and that's probably a more reliable guide than what he did to Bangladesh after that.

If Guptill can't get New Zealand's innings going at the world cup then you fear big totals might be beyond them. Not least because there's not a lot of hitting lower down.

James Neesham and Colin de Grandhomme can go on their day, but you woudn't mention them in the same breath as blokes such as Mahendra Singh Dhoni (India), Jos Buttler (England), Glenn Maxwell (Australia) and David Miller (South Africa).

Someone who has the potential to do finish an innings, but has yet to play an ODI, is Blundell. If you picked him, you could also drop Latham, demote Nicholls to five and let Munro loose at the top of the order. Munro would only have to come off two or three times to justify his selection, but all indications are that New Zealand prefer to go with these steady-as-she-goes types.

As for the bowling, Boult's ability to take wickets up top and at the death help make him a hugely valuable asset. Other than that, left-arm spinner Mitchell Santner is a very handy and miserly performer, with the rest potentially cannon fodder.

Sodhi's selection might prove inspired if England's performances in recent years are anything to go by. Beyond a great batting line-up, England have also succeeded at home thanks to the spin bowling combination of Moeen Ali and Adil Rashid.

The pair don't just block up an end, but take wickets too, and Sodhi has the potential to do similar.

England would regard themselves as tournament favourites, alongside India. Australia are coming into some very ominous form, while South Africa again look a useful semifinal bet.

The wildcard is Pakistan, who emerged as the surprise winners when the world's elite last assembled in England, for the 2017 Champions Trophy.

New Zealand should be there or thereabouts, but don't look quite as balanced and explosive as the team Brendon McCullum took to the final in 2015.