All Black and Highlanders halfback Aaron Smith says he was offered multiple overseas deals but decided they weren't worth leaving New Zealand for. 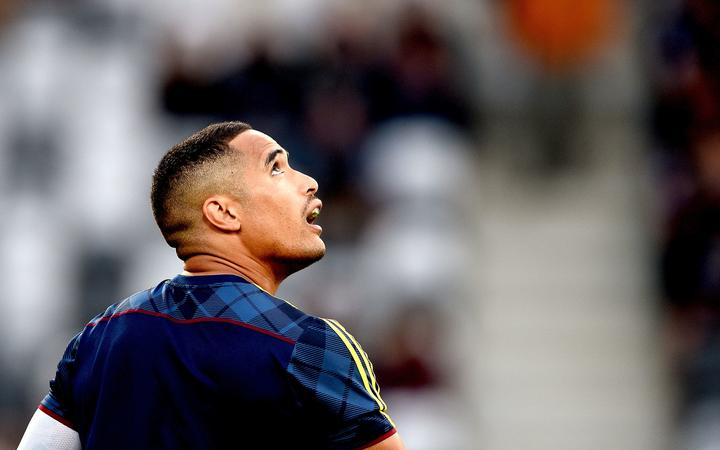 Smith has re-signed with New Zealand Rugby and the Highlanders through until the end of 2021.

The 30-year-old has been a mainstay in the national side since making his All Blacks debut in 2012, playing 82 tests - making him New Zealand's most capped number nine.

While only a two-year extension, Smith's optimistic his latest contract won't be his last in New Zealand.

"I'd love nothing more than to play in New Zealand for as long as I can, but it's all about how you're playing, how your body feels.

"My body feels great. As I said this is my first real injury that has kept me out in my career so far and that's nearly 10 years. I've been very lucky and I play a position that is not as combative maybe as the front-row or the loose forwards... so if I can keep my legs and my knees really well then who knows.

As part of the deal, Smith will have an extended break between the 2020 and 2021 seasons.

"Leading into 2021 I can come back a little later, sort of like what Sam Whitelock did this year.

"An extended end-of-year tour break, which is good. I'll probably need it and I'll take it but not like a big one. Not like a 'sabbentical' like [Ben Smith] had," Smith joked.

Smith said he received a couple of offers to play in Japan and France, but they weren't good enough for him to pack up and move offshore.

"I don't want to go over there yet and do something that I regret.

"I talk to a lot of people who have signed overseas and they tell you the grass ain't greener. It's tough, the rugby's different the cultures are not the same, they don't look after you or your partners as well. It's a bit of the wild, wild west."

Smith, who's recovering from an ankle sprain he suffered against the Blues last week, said he's still got at least a month on the sidelines.

"I hope it's under six weeks, but I'm going to be really smart with it though and I'll make sure it's fully healthy before I even touch the footy field.

"As we know we've got a big year coming up and I don't want to do anything silly and push it. To be honest I've been very lucky with injuries in my rugby career.

"This has sort of the first injury that has kept me out of game time in six or seven years so I've got to take it as a positive that I get to get the rest of my body in real good shape," Smith said.

As for what he hopes to get out of the new extension, Smith said he's not resting on his laurels.

"I still feel like I've got a lot to achieve in New Zealand.