Manly have beaten the Warriors 46-12 in their National Rugby League game in Christchurch. 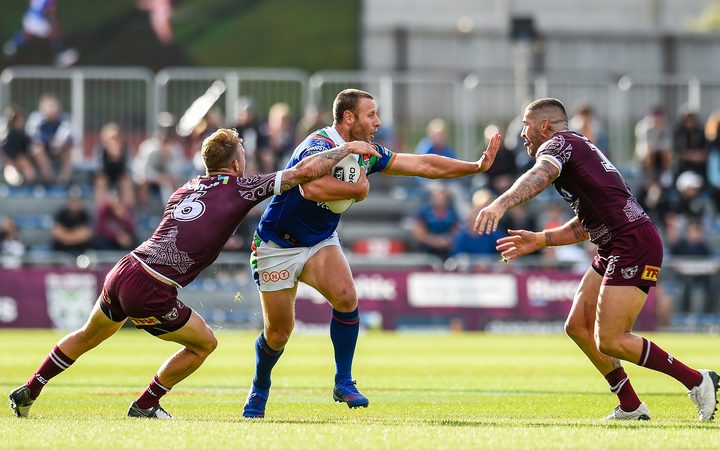 The Sea Eagles led 24-12 at half time and scored eight tries to two.

Isaiah Papali'i and Issac Luke scored first half tries for the Warriors.

The 46-12 win was Manly's biggest win against the Warriors on New Zealand soil and will be warmly welcomed by coach Des Hasler as it's his first win back coaching the side after an eight-year sojourn at the Bulldogs.

The Warriors face serious question marks over their defence, having conceded 80 points in two games after melting against the Wests Tigers.

Coach Stephen Kearney said his players had wanted to turn on a strong performance for Christchurch, which made the nature of the defeat hard to take.

"I can guarantee you that they'd be disappointed. There's no doubt about it - to put up an effort like that," he said.

"I thought given the situation on the back of last week and obviously the circumstance of the game ... I was very disappointed with the effort."

For the Warriors, they now have to rally ahead of returning home to Auckland next Friday to face the Titans to stop the rot after successive losses to the Tigers and Sea Eagles.