An injury to All Blacks captain Kieran Read, who was forced off halfway through his comeback match, soured the Crusaders' comfortable 32-8 victory over the Hurricanes last night. 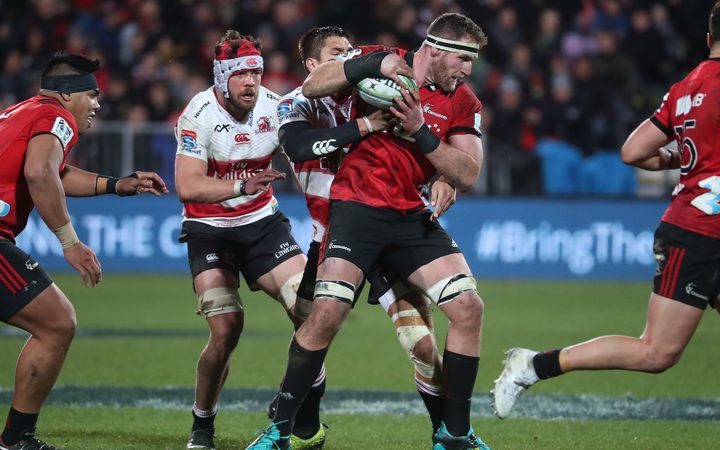 Read was making his first appearance this year after an extended off-season but went down for a lengthy spell of treatment on his right leg after about 20 minutes of the first half at Wellington Regional Stadium.

He limped to the next play, a lineout down field where captain Sam Whitelock called him as the target, and saw out the rest of the first half but was replaced at half-time by coach Scott Robertson.

"Technically he has got a double haematoma," Robertson told reporters after his side had seized on numerous errors by the home team to run away with a game that many had expected to be a lot closer.

"He got two knocks in the same place and he seized up at half-time, so we took him off."

Robertson did not give a time frame on how long it might take for Read to recover but said, with a grin, it would probably take "twice as long" as it was a double haematoma.

The answer, however, would do little to ease All Blacks coach Steve Hansen's concerns for the Rugby World Cup in Japan later this year with first-choice loose forwards Sam Cane (neck) and Liam Squire (knee) also out with long-term injuries.

Robertson said there should be little to worry about with Read's ability to get back up to speed.

"He went all right when he was on, he went a full 100," Robertson said. "I thought he was going to ease himself back into the game, but in that first five minutes the amount of touches and tackles he made, it was pretty impressive.

"He was straight into it. It's a credit to him to the amount of work he has done after a long period of time.

"I find it incredible that guys like him and Sam can play at that level after such a long time out.

"It's a credit to the world class athletes they are."