David Havili capitalised on Hurricanes' errors to score two tries as the Crusaders recorded a comfortable 32-8 victory in a stop-start Super Rugby match on Friday. 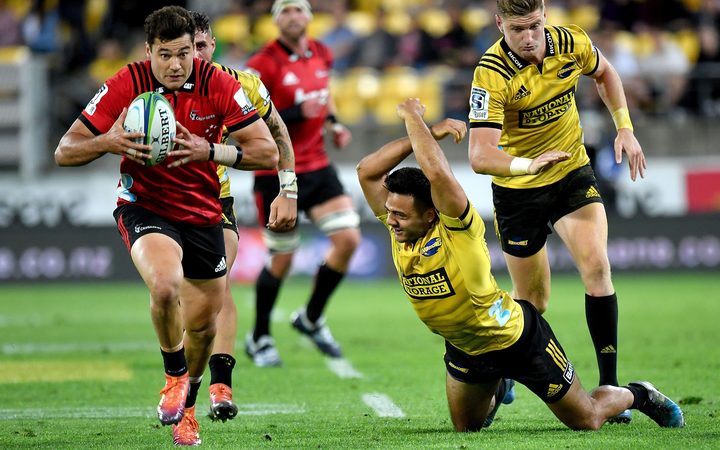 Crusaders outside back David Havili grabs a loose ball and runs away to score against the Hurricanes in Wellington. Photo: Photosport

Will Jordan and Braydon Ennor also crossed for the visitors who moved to 24 points on the table, giving themselves some breathing room ahead of the Hurricanes (19) at the top of the New Zealand conference.

Ngani Laumape scored the Hurricanes' only try in the match in which both sides committed numerous errors while the Crusaders defence forced several turnovers when the hosts were on attack.

There could be some concerns for All Blacks coach Steve Hansen as captain Kieran Read was replaced at halftime with a knee injury after about 20 minutes. It was Read's first match for the Crusaders this season.

The match at Wellington Regional Stadium was the Crusaders' first in New Zealand since the March 15 mass shooting at two Christchurch mosques that killed 50 people, with the country holding a series of national remembrance ceremonies for the victims on Friday.

Their match with the Highlanders in Dunedin, scheduled for the day following the shooting, was cancelled. They then lost 20-12 to the New South Wales Waratahs in Sydney last week, ending a year-long, 20-match winning streak.

Crusaders coach Scott Robertson said the shooting was not an excuse for their uncharacteristically sloppy performance in the wet in Sydney and many fans in New Zealand expected a backlash against the Hurricanes on Friday. 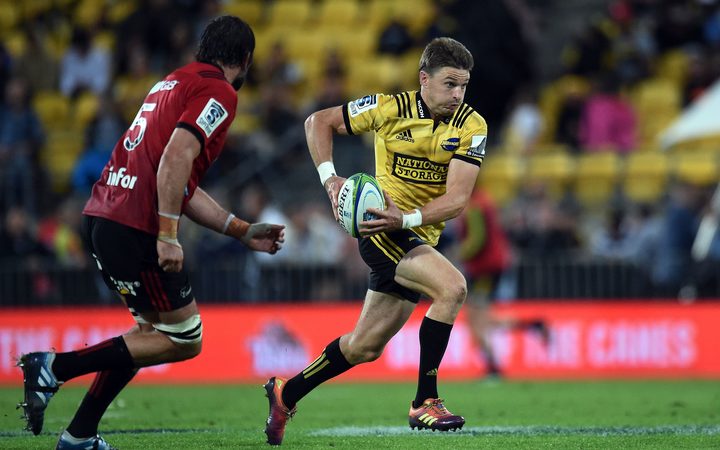 Much of the first half, however, was characterised by poor handling from both sides with numerous turnovers and it was played between the 22-metre areas with neither team really threatening.

The Crusaders, who spent much of the first spell on defence, managed to take a 17-8 lead into the break with tries to Jordan and Havili after fullback Chase Tiatia was found out of position and unable to field two speculative kicks.

The Hurricanes managed to get some reward for their dominance in possession and territory with Laumape smashing over after they exploited the gap at the back of a lineout with Matt Todd in the sinbin for a professional foul.

Havili's second try, which came early in the second half, was also fortuitous after Whetu Douglas intercepted a Beauden Barrett pass at halfway and set up field position from which the fullback was able to score and change the momentum of the game.

Ennor then effectively ended the contest with about 30 minutes remaining as he finished off a simple move when Jordan Taufua drew two players and freed up the winger to give the visitors a 29-8 lead that was never challenged.