The Warriors are leaving their 34-6 loss against the Tigers behind them with a lot more to play for this weekend when they face Manly in Christchurch. 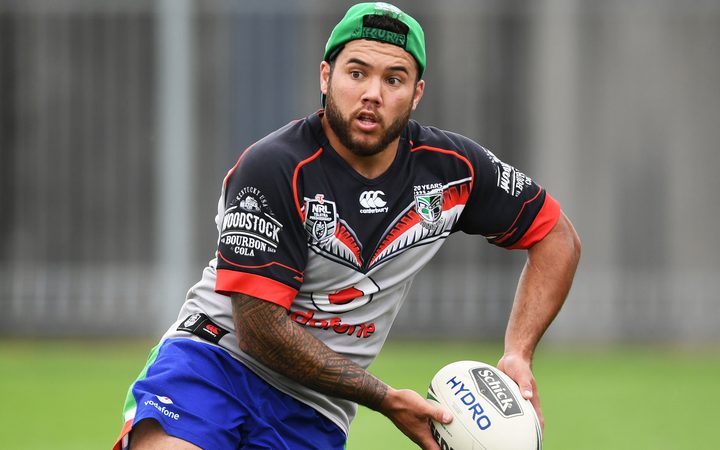 He, along with his team, are focussed on the emotion-fuelled battle ahead of them against Manly in Christchurch this weekend.

The feel at Mount Smart stadium today was a heavy one, with the side acknowledging what they are flying into when they touch down in the 'Garden City' after the mosque terror attacks only two weeks ago.

For one player in partcular, Jazz Tevaga, it will be his first time home since the tragic event and while he has been in contact with his family ensuring their safety, he says once he gets home he's expecting the worst.

"It hasn't really hit me yet it probably will when we get down there... I'm preparing for the worst some of us will go the mosques and pay our respects, it will be pretty emotional," says Tevaga

"That Friday when it happened we went into camp and I just had this yuck feeling in my heart and I was pretty heartbroken."

"We had a couple of prayers and it was the drive for round one, but the boys just want to put smiles on some faces down there and give them something to cheer about for once."

Coach Kearney admits there have been conversations as late as this morning in regard to feeling safe in Christchurch to eliminate any doubt they may have.

Since the event, no other sporting team based in Christchurch or not have been scheduled to play there.

Kearney says everyone has been assured and are satisfied that they will be kept safe.

"We've got a commitment to the city of Christchurch and the community and we intend to uphold that," says Kearney

"We've spoke to the lads today if there were any concerns and they are all fine with it, we want to make sure that we put in a performance that all of the Canterbury community can be proud of."

The Warriors are an unchanged side leading into NRL's third round against Manly on Saturday except for Sam Lisone who was found guilty of a dangerous contact charge despite his challenge of not guilty.

A replacement for the prop, who is suspended for two matches, is yet to be decided.

"They all did good the week before last, I don't think chopping and changing will help things," says Kearney

"Blake Ayshford comes into the 21 because Sam drops out and we're yet to make a decision on who moves onto the bench for Sam."