All Blacks flanker Dalton Papali'i says the onus should be on other schools to meet the standards being set by his former school St Kentigern College. 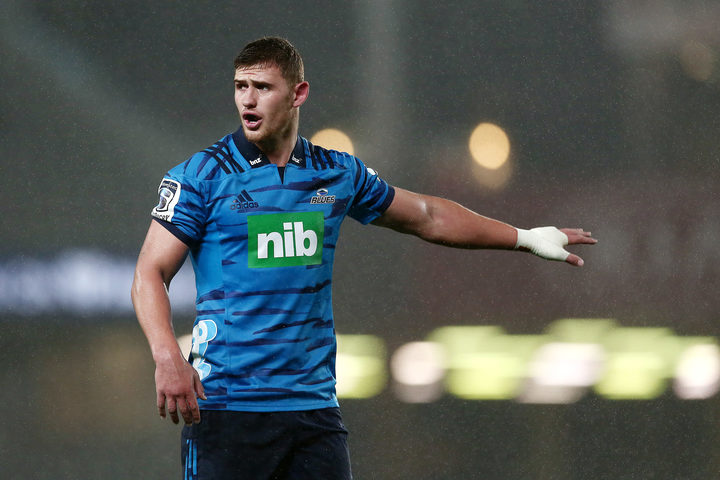 St Kentigern and 10 other Auckland schools have agreed to a new set of conditions restricting player movements between first XV teams.

The agreement, which means schools are no longer able to offer partial or full academic scholarships to players in other first XV sides nationwide, has prevented a boycott by those 10 schools of St Kentigern because of their much debated recruiting approach.

Schools in the Auckland 1A competition will also have to stand down any players that transfer to their school for the first six games of the tournament, in addition to potential semi-final and final games, which St Kentigern had already agreed to do.

Papali'i, who played his first two tests on last year's All Blacks end of season tour, is a former captain of the St Kentigern first XV and believed it should have been up to the other schools to rise to the team's level.

"Well I'm biased [but] I think it's all crap," the 21-year-old said after Blues training on Tuesday.

"If it wasn't for that school I wouldn't have had the opportunity and I probably wouldn't be here.

"I'm always going back them up and say other school just need to man up and play St Kents.

"All that backlash, it's probably made them tighter as a group, so I wouldn't be surprised if they go out there and dominate [this year]."

Papali'i had an ally for his beliefs in an All Blacks and Blues team-mate who was a rival when the pair were at school.

Rieko Ioane was part of the Auckland Grammar first XV which won the Auckland 1 A competition title in 2014 by beating St Kentigern in the final. 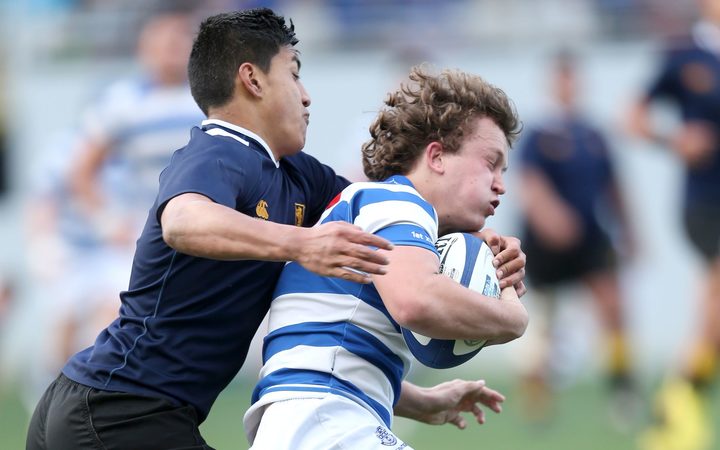 The star wing said he relished playing St Kentigern during his school years and doesn't feel any change was necessary within the top Auckland schools rugby competition.

"All schools want to win and it's got to a point where schools are doing a bit more to help put their best foot forward I guess.

"When I was at school, St Kents were always the team to beat, it was always an awesome competition.

"Whether [recruiting] has a place in college sport, I don't know but I was happy [with how it was] and I felt like it didn't need to change.

"Each to their own."

As part of the eight new conditions, College Sport detailed any form of "player recruitment or inducement to attract a student from another school's first XV rugby team" will not be permitted in the competition.

It said it must be documented if a student transferring schools has the potential to join the new school's first XV programme within two years of enrolling. 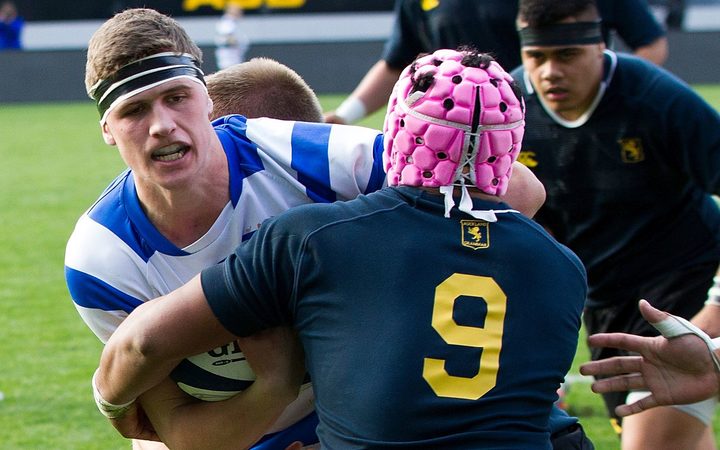 Dalton Papali`i is tackled during the Auckland secondary schools final in 2015, where he captained St Kentigern to victory over Auckland Grammar. Photo: Photosport

Papali'i said while the St Kentigern first XV had been the focus of the criticism concerning those kinds of happenings, like when he was captaining the team in 2015, he felt it would actually have a positive impact on them.

"We never really talked about that in the team and in that brotherhood.

"It was probably one of the tightest teams I ever played for ... we just used it as motivation and influence to go out and perform each week."