There was some good news for the Crusaders after a difficult 10 days with All Blacks captain Kieran Read declared available to play in Friday's crunch Super Rugby match against the Hurricanes. 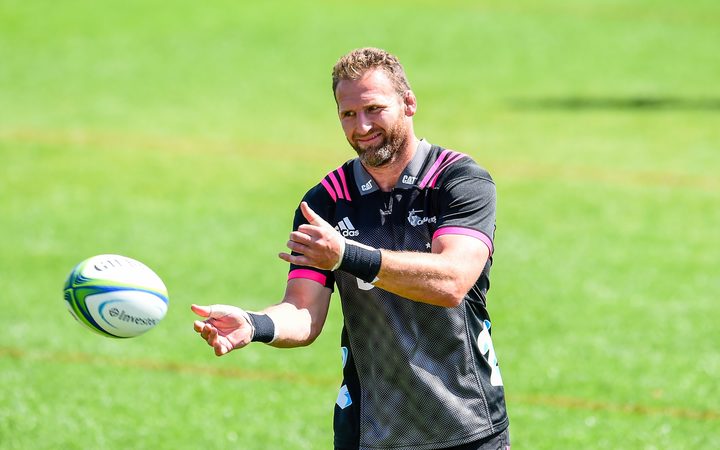 The reigning champions lost for the first time in a year when they went down 20-12 to the New South Wales Waratahs on Saturday in a match where the 50 victims of the March 15 mosque shootings in their home city of Christchurch were remembered.

Back-row powerhouse Read, who missed the start of the last Super Rugby season after back surgery, has not played since the All Blacks' November tour of Europe as he rests up for a season that will climax with the World Cup defence in Japan.

"He's been unbelievable for us off the field in getting the boys ready to play each week. He's on his toes, he's fresh and he's looking forward to it. If he gets an opportunity he'll definitely be an influence for us.

If he does play, the nine-times Super Rugby champions will certainly welcome Read's leadership after looking a little rudderless as they chased the game in Sydney at the weekend.

Prop Owen Franks, who had been scheduled to play his 150th Super Rugby match, was a late withdrawal because of a shoulder problem, while lock Scott Barrett and flyhalf Richie Mo'unga were rested under All Blacks player management protocols.

It was the second week in a row that Franks had missed out on the milestone after the March 16 south island derby against the Otago Highlanders was cancelled in the wake of the Christchurch shootings.

All three of the All Blacks should be available along with number eight Read for Friday's clash in the New Zealand capital against the 2016 champion Hurricanes.

"We're looking forward to this game, it's come at a good time for us, we believe. It's another good New Zealand derby and it's something we need," Ryan added.

"We've had a bit of adversity, as you know. Not all of it was planned ... It's a chance for us to bounce back and see what we're made of."

Ryan also confirmed that centre Jack Goodhue is available for selection this week having got dispensation from New Zealand Rugby to play what will be his sixth straight game.

All Blacks are required to take an entire week off after playing or preparing to play for five consecutive games.