The Central Pulse have replaced the Southern Steel at the top of the ANZ Netball Premiership after beating them 54-50 in Wellington. 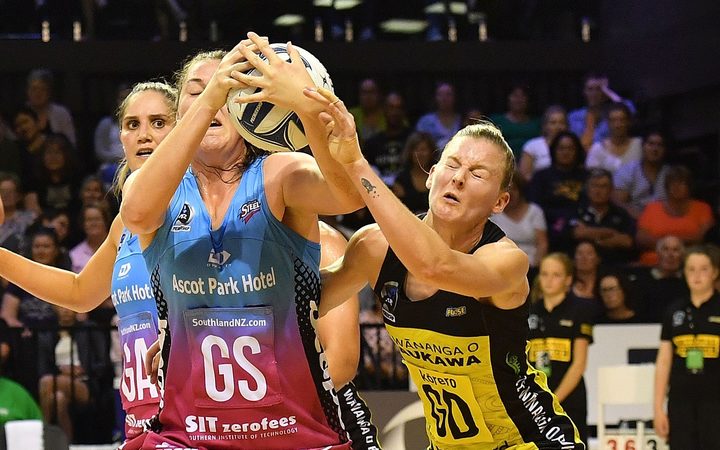 The Pulse avenged last season's Grand Final loss but had to fight hard after the Steel had led by up to seven goals at different tims thtough the first half.

Fielding a line-up virtually unchanged from last season, the Pulse came into their own in the second half, making sure they maintained their unbeaten record this season and climbed up to the number one spot on the league ladder.

Ameliaranne Ekenasio was the stand-out player when the Pulse's go-to goal shoot Aliyah Dunn left the court injured - taking on the leadership and shooting 34 from 37.

The first quarter belonged to the Steel, as they dominated in all sectors of the court, building up to an early seven-goal advantage over a stunned Pulse.

The Selby-Rickit sisters made their presence felt at either end of the court - Te Huinga Reo snatching an early intercept on defence, and Te Paea superbly setting up the Steel's goal shoot Lenize Potgieter.

While it had taken a few games for Potgieter to settle into the Steel attack, she was strong under the post in the face of fierce defence from Katrina Rore and Sulu Fitzpatrick.

Down 17-11 at the first break, the Pulse suffered another setback when their super-accurate goal shoot Dunn went to the bench with a shoulder injury, replaced for the second quarter by Tiana Metuarau.

While Metuarau didn't offer a shot throughout the entire second spell, Ekenasio stepped up and took control - shooting 21 from 22 shots in the first half.

The Pulse were much more commanding in the second quarter, finding it easier to drive the ball through court, and making fewer errors.

In the final minute of the first half, a well-timed 'Harrison Hoist' from Fitzpatrick and Rore blocked a Potgieter shot and Ekenasio made sure it was converted at the other end, to move the Pulse within three, 27-24, at halftime. 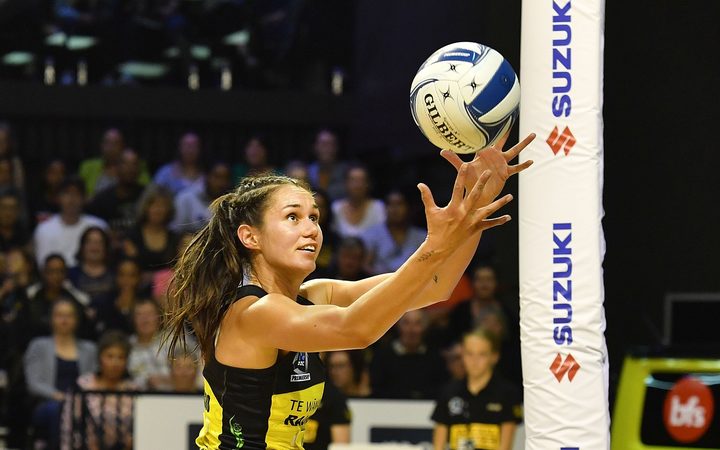 New shooters came in to start the third quarter - Jen O'Connell came into the game at goal shoot for the Steel, while Dunn returned with a heavily strapped right shoulder.

But it was the Pulse who immediately benefited from the change, continuing their momentum so that five minutes into the third quarter, they finally took the lead.

Needing a change in their defensive strategy, Courtney Elliott came into the Steel circle for Abby Erwood. Then as the Steel looked to be grabbing some of the momentum, Maddy Gordon came on with speed and impetus at wing attack for the Pulse.

Wing defence Karin Burger proved to be an annoying thorn in the Steel's side, while Claire Kersten, playing her 50th ANZ game, was solid on both attack and defence.

Only two goals separated the sides going into the final stanza, but this time it was the Pulse in front, 39-37.

Potgieter was back in the fray for the fourth quarter, but the Steel attack came under even more pressure from the Pulse's outstanding defence and the difference between the two sides stretched out to eight.

But Elliott and Te Huinga Reo Selby-Rickit kept up the pressure in the final minutes, allowing the Steel to claw back to within three and at least salvage a bonus point for finishing within five.