Melbourne have blown a golden chance to land their first Super Rugby win in South Africa, giving up a massive lead to lose to the Lions 36-33 in Johannesburg. 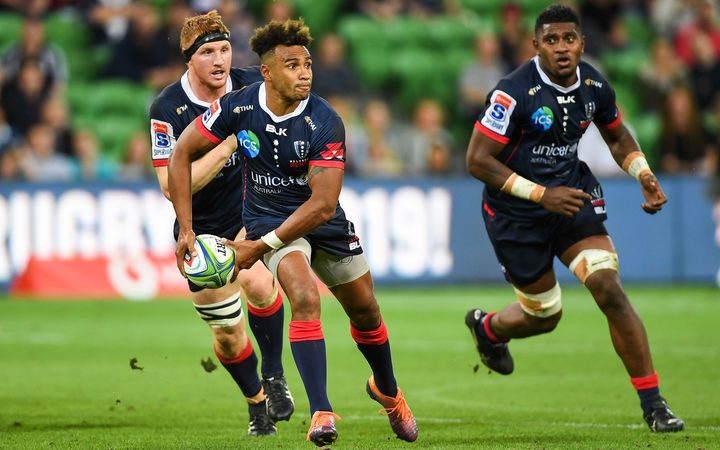 Will Genia of the Rebels passes the ball Photo: © Actionplus 2018

Lions reserve Gianni Lombard kicked the winning points after the final siren following a scrum penalty, taking advantage of the Rebels being down a forward with Angus Cottrell sidelined with a yellow card.

It was the Rebels second yellow card of the match with a horror penalty count - 20-2 - proving disastrous.

The Rebels were up 33-5 early in the second half but a yellow card to Billy Meakes after repeated team infringements allowed the home side back into the match.

While the centre was off the field the Lions scored three tries with their lead narrowed to 33-26.

The Lions then added another try in the 64th minute with Springbok hooker Malcolm Marx forcing a turnover and speedster Courtnall Skosan reaping the rewards.

The conversion by Test five-eighth Elton Jantjes locked up the match.

Rebels reserve backrower Cottrell's yellow card came in the 76th minute, piling the pressure on his team in the dying stages and the home side smelt blood.

The first half could hardly have gone better for the Rebels as they dominated everywhere including the scoreboard.

They scored four first half tries with Quade Cooper touching down in the 12th minute after a superb team effort that went almost the length of the field.

It looked like the second half would continue in the same vein when Tom English scored two minutes in, atoning for costly error as he tried to score in the first half.

But then the wheels fell off the Rebels and the Lions, who lost some key personnel to Europe after last year's grand final defeat, got back in the game.

Cooper contributed to the disappointment after the Rebels No.10 failed to ground a kick into the in-goal with Lionel Mapoe racing through to dive on the ball and score.

The Rebels also had two yellow cards against the Brumbies last round but escaped with a tight win then.