The switch to fullback from first five-eighth worked wonders for Damian McKenzie on Friday as he scored a try and added 13 points with the boot to help end the Chiefs' losing streak with a 23-23 draw with the Hurricanes in Hamilton. 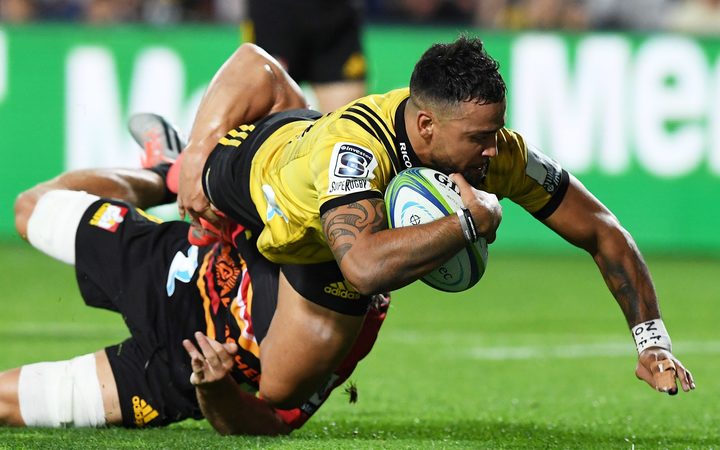 McKenzie had struggled to impose himself in his three previous appearances and with the Chiefs mired in a run of four successive Super Rugby losses coach Colin Cooper decided to make a positional change.

The tactic paid off as the All Blacks' utility back was able to exploit space with his pace and footwork to create opportunities for the home side, who also got a try from Anton Lienert-Brown.

Matt Proctor and Wes Goosen scored tries for the visitors, while Beauden Barrett added 10 points off the boot and younger brother Jordie slotted a long-range penalty.

The match was played under the shadow of New Zealand's worst mass shooting, with 49 people killed after at least one gunman opened fire at two Christchurch mosques earlier on Friday.

Both teams stood silently in a huddle before the kickoff to commemorate the victims of the shooting, while the crowd also stood silently as a mark of respect.

When the match began, Lienert-Brown gave home fans something to cheer about in just the second minute, charging down a Chase Tiatia clearing kick and scored the opening try.

The visitors were far more structured in their play but made numerous errors in attack, allowing the Chiefs to clear their lines.

After a Beauden Barrett penalty, the Hurricanes' pressure paid off when Proctor was put over from an attacking scrum to give the visitors an 8-7 lead.

That advantage did not last long as McKenzie finished off a sweeping try that had begun from a scrum deep inside their own territory, though there was the hint of at least one forward pass during the move.

The Hurricanes' Jordie Barrett landed a long-range shot at goal to reduce the gap before McKenzie added two further penalties to give the home side a 20-13 lead at the break.

The visitors appeared to have taken on board the blunt message delivered by their coaching staff at halftime as they scored 10 unanswered points through Beauden Barrett's second penalty and Goosen's try after a spectacular burst from Tiatia.

The Chiefs would not allow themselves to suffer yet another defeat though, and McKenzie slotted his third penalty to tie it up at 23-23 and cap the scoring with more than 20 minutes left.

The Chiefs have now gone five matches without a Super Rugby win, and are mired at the bottom of the New Zealand conference. The Hurricanes sit second behind the Crusaders, adding Friday's draw to a loss and three wins.