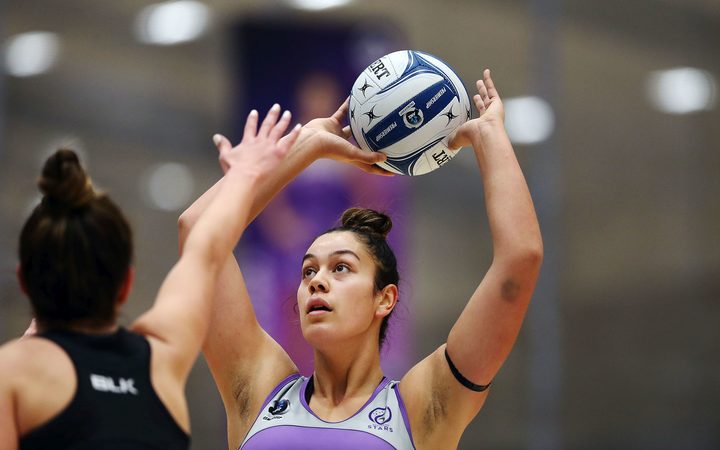 The Stars remain third in the standings with three wins and a loss, while the Mystics remain winless.

In control for three-quarters of the match, the home side faced a resurgent Mystics in the run to the line, thanks to the introduction of plucky young schoolgirl Grace Nweke and midcourter Tayla Earle, in her first year out of school.

Both added much needed punch to a struggling Mystics and giving some hope to the visitors, who trimmed a 12-goal three-quarter time deficit to a six-goal margin by game's end. However, it was all in vain as the Mystics were denied a bonus point after finishing outside the five-goal margin, the luxury of a big lead helping the Stars claim the win.

A confident Stars came into the match with all the momentum while fronting with a starting line-up that contained six current or former Silver Ferns.

After two heavy defeats, all the pressure was on the Mystics who opted for a mobile shooting end, consisting of Bailey Mes and Jamie Hume while lively wing attack Elisapeta Toeava took the court for her 50th match.

The visitors initially kept the Stars in check but were too often let down by a lack of accuracy on attack and under the hoop. Keen to pick up the pace whenever possible, the Stars showed plenty of urgency as they stepped up the intensity. 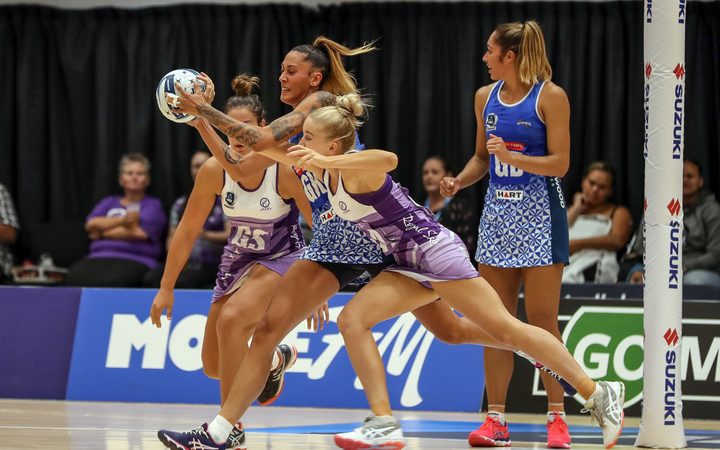 Young shooter Maia Wilson made another strong start, showing her increasing confidence to shoot from range while her defensive team-mates Storm Purvis and Leana de Bruin kept the Mystics shooters under intense pressure as the Stars skipped out to a 16-8 lead at the first break.

The Mystics introduced their Australian import shooter Kristina Brice on the resumption while their back three of Erena Mikaere, Phoenix Karaka and Michaela Sokolich-Beatson helped the visitors keep the Stars honest.

In a closer second stanza, the Mystics showed plenty of defensive capability but once again struggled in the shooting circle where they regularly came unstuck.

It was the Stars who maintained their grip when leading 28-17 at the main break.

Needing to make a change with a difference, the Mystics enjoyed their best passage of the game when injecting rookie shooter Nweke in the third quarter. The 17-year-old goal shoot, from Avondale College, provided much needed impetus as the visitors level-pegged for most of the stanza.

With Nweke taking the ball strongly under the hoop, it took the home side a little time to adjust but the Stars were quickly back in the groove in limiting the Mystics breathing space.

Wilson was again a force to be reckoned with under the Stars hoop, showing precise movement on the back of some deft feeding from veteran midcourter Temepara Bailey while nailing a healthy percentage of her shots to help her side maintain a healthy 42-30 lead at the last break.