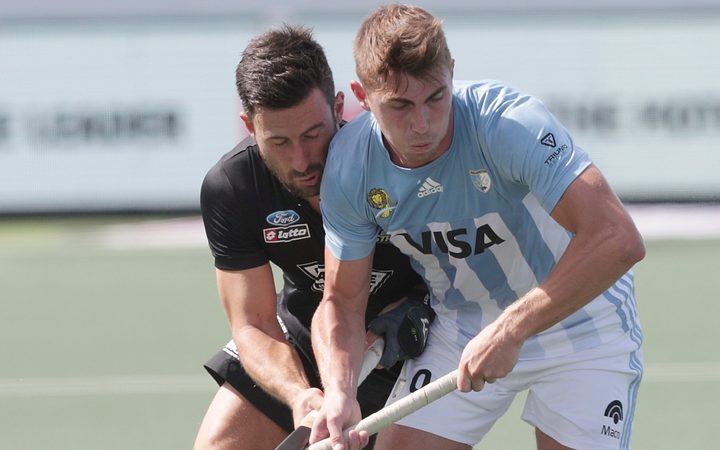 The Black Sticks men fell to their sixth straight defeat of the competition, beaten 2-1 by the world No.4 Argentinians despite a late comeback.

Eighth-ranked New Zealand kept Argentina scoreless for the opening quarter, but Martin Ferreirio flicked home midway through the second to give the visitors a 1-0 lead at halftime.

Maico Casella converted a penalty corner early in the fourth quarter to open out a 2-0 lead, but the Black Sticks responded in the 52nd minute when Kane Russell slammed home into the top left from a penalty corner.

However, Argentina's defence proved resolute and the Black Sticks remain winless going into next week's match against Australia in Sydney.

The Black Sticks women, coming off a 3-1 win over the United States on Friday, were struggled to pressure Argentina in the second match of the day.

Ranked fourth in the world to New Zealand's sixth, Argentina led 2-0 at halftime and closed out the match with a fourth-quarter field goal.

After seven matches, New Zealand have three wins and four losses, and currently sit fifth in the nine-team competition.