The All Blacks Sevens will play Fiji in the quarter-finals of the Vancouver world series tournament, with both teams having suffered an upset loss in pool play. 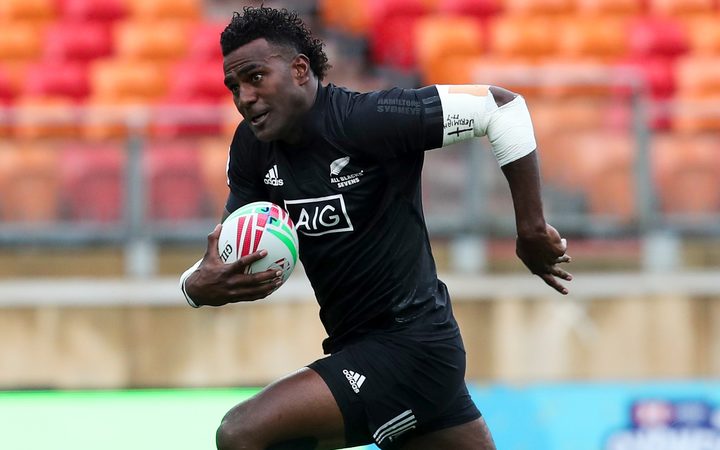 The New Zealanders bounced back from their first-ever world series defeat to Spain to win their third and final pool match 36-12 against Australia.

After opening their campaign with a comfortable 45-7 win over France, the All Blacks Sevens were unexpectedly toppled 26-24 by Spain in game two.

Spain led 14-12 at halftime after New Zealand took an early 12-0 lead through tries to Joe Ravouvou and Andrew Knewstubb.

The Spanish extended their lead to 21-12 soon after the break, the All Blacks Sevens hitting back through a second Ravouvou try and Sam Dickson's 14th minute effort. The lead was short-lived, Pol Pla dotting right on fulltime for the winning try.

Fiji recorded an early win over Kenya before they were upset 26-19 by Canada. However, a 31-17 win over Samoa was enough to see them through to Monday's quarter-finals.

A rampant Wellington Phoenix brushed aside the Central Coast Mariners last night in a record-equalling 8-2 win.

The Phoenix went into the contest, having won just one of their last seven matches and in danger of ceding their spot in the top-six.

Goals were aplenty as Mark Rudan's side knew that a certain scoreline would promote them to fourth spot and the potential of an A-league football home final, come the end of the season.

Missing players due to suspension and disciplinary reasons, a hugely inexperienced Mariners side were carved apart by the likes of two-goal Phoenix striker Roy Krishna and his attacking cohorts.

Winger Rieko Ioane became the 18th player to score a record-equalling four tries in a Super Rugby match, taking the Blues to their first win of the season against the Sunwolves in Auckland.

The home side held on for a 28-20 victory last night, as they marked last week's death of former prop Mike Tamoaieta with his player number 276 stitched onto the front of their jerseys.

The Sunwolves never let the Blues get too far ahead, but were hampered by second-half yellow cards to fullback Semisi Masirewa and replacement hooker Nathan Vella.

The Blues hadn't scored a try this season until Ioane touched down for his first in the 20th minute. He had a double by halftime when the Blues led 15-13 and bagged two more five-pointers.

The Sunwolves were strongly competitive and scored through Uwe Helu to cut the lead to five points.

A late penalty to Otere Black sealed the Blues' win.

England ran in eight tries as they outclassed and overpowered Italy 57-14 at Twickenham to stay in the hunt for the Six Nations title.

After their 18-11 win over Scotland, Wales top the standings with 16 points, but no bonus points. England have 15 and a massive points difference advantage over the Welsh and Ireland, who are third on nine points ahead of their home game against France on Sunday.

If Wales win their last game at home to Ireland they will complete the Grand Slam but a defeat would mean an England victory over Scotland in the final game of "Super Saturday" at Twickenham, where the Scots have not won for 36 years, would be enough to lift the title unless Ireland rack up two huge bonus-point wins.

Raheem Sterling struck a second half hat-trick as champions Manchester City put pressure on title rivals Liverpool with a 3-1 win over Watford at the Etihad Stadium this morning.

The win moved Premier League leaders City four points clear of Liverpool ahead of their home game against Burnley tomorrow.

Meanwhile Tottenham's hold on third place in the EPL was loosened after Southampton fought back for a shock 2-1 win.

Tottenham twice hit the woodwork before Harry Kane fired home his 200th career goal in the first half.

Jamie Vardy scored his 100th and 101st goals for Leicester City to seal a 3-1 home win over Fulham.

The Central Hinds women's cricketers won their first national title since 2009/10 by defending a score of 200 all out.

The hosts bowled out the Auckland Hearts for 161 with three overs in hand, to lift the historic trophy which dates back to 1935/36.

The 50-over match featured a gutsy fightback with the bat of 56 from Holly Huddleston after young White Ferns pace bowler Hannah Rowe claimed three big wickets inside the first six overs.

Earlier, captain Anlo van Deventer top-scored for the Hinds with 60, having formed a crucial 90-run second-wicket stand with star opening batsman Natalie Dodd before the innings fell away.

Australian batsmen Steve Smith and David Warner will come back stronger than ever from their 12-month bans and the latter will be the best player at the World Cup this year, legendary legspinner Shane Warne has said.

Smith and Warner were banned by Cricket Australia for 12 months in March last year for their roles in the ball-tampering scandal in a test against South Africa in Cape Town.

Their bans end on March 28 and both players will be reintegrated into the national team after their participation in the Indian Premier League in March and April.

"I think what you are going to see is a pretty quiet David Warner and Steve Smith. They are just going to try and let their bat do the talking and toe the line," Warne told The UK's Telegraph in an interview.

"I think they will come back better than they were. They're going to come out and destroy attacks and I back David Warner to be the player of the World Cup.

"Warner overstepped the line a lot in his early career. He then changed into a more placid player but was then told by Cricket Australia to be the enforcer and was doing what he was told."

Warne expects the duo to return with renewed vigour, like he did after his 12-month ban for failing a drugs test in 2003. Warne was suspended for taking a banned diuretic and missed Australia's World Cup winning campaign as a result.

"All I can go on is experience having a year off myself. The next four years were the best I ever had," Warne, who took 708 wickets for Australia in 145 test matches, added.

"I was hungry for the game. My body and mind were fresh and it is amazing how excited you are to play again. You get excited just going to the nets again because you have taken it for granted in the past."