Beauden Barrett kicked a penalty with time up on the clock to give the Hurricanes a 25-22 victory over the Highlanders in a scrappy and disjointed Super Rugby clash in Wellington on Friday. 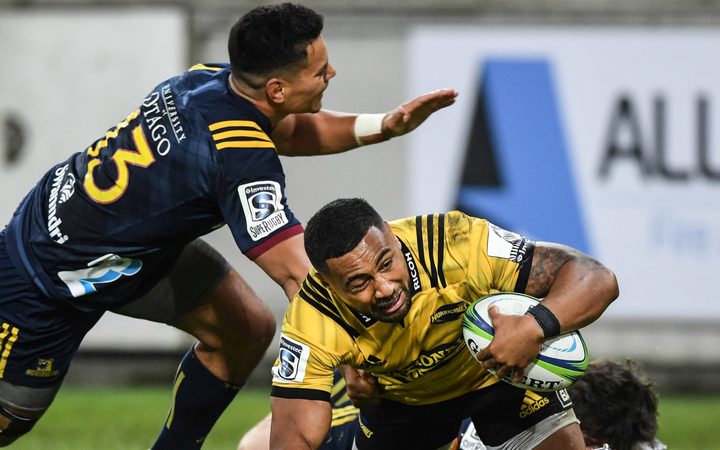 Winger Ben Lam had scored a try that had drawn the home side level at 22-22 while centre Ngani Laumape continued his try-scoring spree, crossing twice to join the three he grabbed last week against the Brumbies.

The Highlanders utilised their big pack to great effect, forcing the Hurricanes into a battle of attrition and not allowing the home side to get any momentum, while they used the swirling southerly wind to their advantage in the second half.

That physicality paid off in the 11th minute when they put pressure on the Hurricanes scrum and Smith was able to open the scoring after he forced a turnover from Ardie Savea.

Despite their territory and possession advantage, the Hurricanes were frustrated by the Highlanders defence and it took until the 27th minute before Laumape scored his first try after TJ Perenara and lock Liam Mitchell created some space.

Josh Ioane gave the Highlanders an 8-7 lead with a 32nd minute penalty before the Hurricanes then managed to win the collisions and put pressure on the visitors inside their own half.

That pressure led to a poor clearance by Ioane that allowed Barrett to put an attacking kick into space which Laumape was able to run onto and then blast over the Highlanders' No.10 to give his side a 14-8 lead at the break.

The match continued to fail to get any flow in the second half with Barrett missing a long-range penalty before he gifted Tomkinson an intercept in the 51st minute and the centre sauntered across to give his side a 15-14 lead.

Coltman extended the lead when the Highlanders won a succession of penalties and kicked for attacking lineouts where they were able to set up driving mauls, one of which ended in the hooker smashing over with 20 minutes remaining.

Lam managed to level the scores at 22-22 with nine minutes remaining and while Barrett was unable to land the sideline conversion he held his nerve after the fulltime hooter to slot the penalty that gave them victory.