The Black Sticks women have climbed into fifth place on hockey's Pro League ladder with a 3-1 win over the United States in Auckland on Friday. 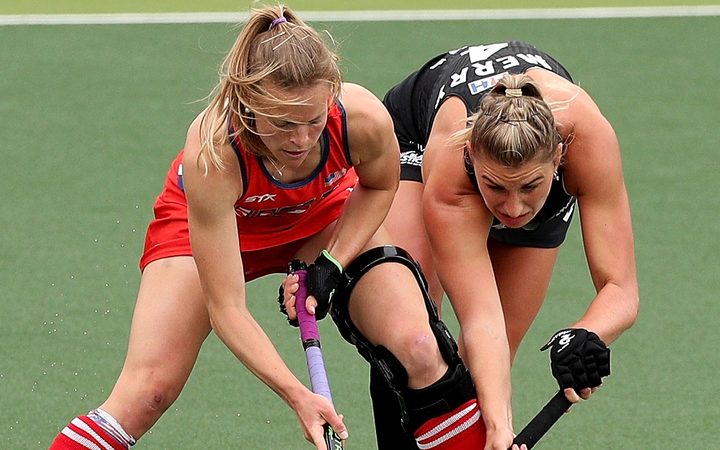 Daniella Grega pulled one back for the 12th-ranked Americans in the 51st minute, but the Black Sticks were untroubled in holding on for the win.

The New Zealanders now have three wins from six matches, but face a tough game on Sunday against world No.4 Argentina at North Harbour Hockey Stadium.

Later on Friday, the Black Sticks men - ranked eighth in the world - launched a stubborn comeback against world No.9 Spain only to fall short in a penalty shootout.

They have now gone five Pro League games in a row without a win.

Spain hit first, Pau Quemada slamming home inside the first minute but Jared Panchia equalised for New Zealand midway through the second quarter to level the scores 1-1 at halftime.

A double strike in the third quarter, Stephen Jenness and Dylan Thomas scoring with four minutes of each other, gave the Black Sticks a 3-1 lead going into the final spell.

But the Spaniards scored twice in quick succession in the 53rd minute, Marc Miralles converting a penalty corner before Quemada scored his second from the field.

The Black Sticks missed two of their penalty strokes, while Spain were faultless.

It's the second time New Zealand have lost a Pro League shootout - they were beaten 4-2 on penalties by Belgium early last month.

The Black Sticks men will also face Argentina in Auckland on Sunday.