The Kiwis will compete in the inaugural Oceania Cup and face the British Lions for the first time in 12 years as part of the 2019 International Rugby League calendar. 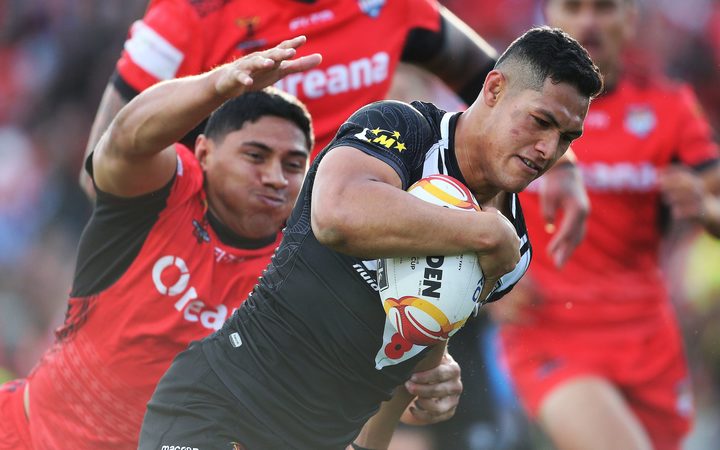 The Kiwis vs Tonga match in the 2017 Rugby League World Cup was a huge success in Hamilton (for Tonga). Photo: PhotoSport

New Zealand will play Mate Ma'a Tonga on 22 June at Mt Smart Stadium in the first match of the new Oceania Cup.

The Kiwi Ferns will also play against an unnamed opponent in the double header - they'll play a second match against Australia in October.

The Oceania Cup will be played in June and November during the international Test windows.

The tournament will be split into two pools - in Pool A are New Zealand, Australia and Tonga while Samoa, Fiji and Papua New Guinea are in Pool B.

In October the British Lions will tour New Zealand, playing Tonga first, then New Zealand twice and Papua New Guinea once in November.

It's the first time the British Lions have toured in the Southern Hemisphere since 2006.

The British Lions thrashed New Zealand 3-0 the last time the two sides met in the UK in 2007.

On Saturday 2 November, Eden Park will host a triple header - featuring the Lions vs New Zealand, Australia vs Tonga and Samoa vs Fiji.

Rugby League Players' Association chief executive Ian Prendergast said: "It's fantastic that there will be significant international content in 2019."

The events are being supported by the New Zealand government through the Major Events Development Fund.