The Central Pulse have narrowly held on to their undefeated record in the ANZ Premiership after a 43 to 37 win over the Waikato Bay of Plenty Magic. 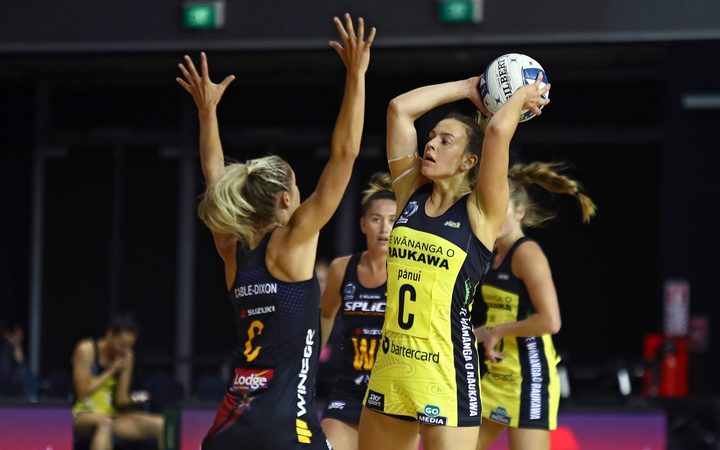 In a battle of defense, the Wellington Pulse were able to hjold out a hungry Waikato Bay of Plenty Magic side in the lowest scoring game in ANZ Premiership history in Rotorua.

Both sides boasted Silver Ferns defensive duos, and while it may have looked like the Pulse were the dominant side in the final quarter, the Magic had their moments where they would surge to draw equal or take the lead.

Despite Pulse shooter Aliyah Dunn shooting at 96 percent, a total of 21 intercepts showed defenders ruled the match leaving the attacking game of both sides to seemingly cancelled each other out - Magic captain Casey Kopua picking up MVP of the match.

The young Magic attack was unsettled by the defence of Sulu Fitzpatrick and Katrina Rore, but when they fell into a rhythm, and Monica Falkner's shooting confidence grew, the sides locked 9-all at end of the opening quarter.

While Dunn found it tougher to put up shots under pressure from Kopua and Kelly Jury, she was faultless, not missing an attempt (a feat she maintained until the last quarter). With sharp feeding by Whitney Souness, the Pulse quickly jumped out to a three-goal advantage - a lead they held at halftime, up 21-18.

The Magic brought young Beko Netball League shooter Kelsey McPhee into their circle, and the experienced Sam Sinclair (who'd been unwell) for the third quarter. Initially the changes came with good effect, as the home side evaporated the gap once more to sit at 22-all.

With Rore and Fitzpatrick all over the Magic attack, the Pulse pulled out to three goals 29-26 going into the final stanza and carried on the momentum to add another four before the Magic replied.

Up by seven, the Pulse showed patience and control to be certain of a second victory.

"We needed a strong defensive game, we needed to pick up ball, we needed to do our own jobs and work together to be able to go in between space and man to unsettle them," says Rore

"It was a very back and forward game, Magic really took it to us that was a tough battle."