First five Hayden Parker was faultless off the tee as the Sunwolves capitalised on their scoring opportunities to upset the Chiefs 30-15 in Hamilton and record their first ever Super Rugby win away from home. 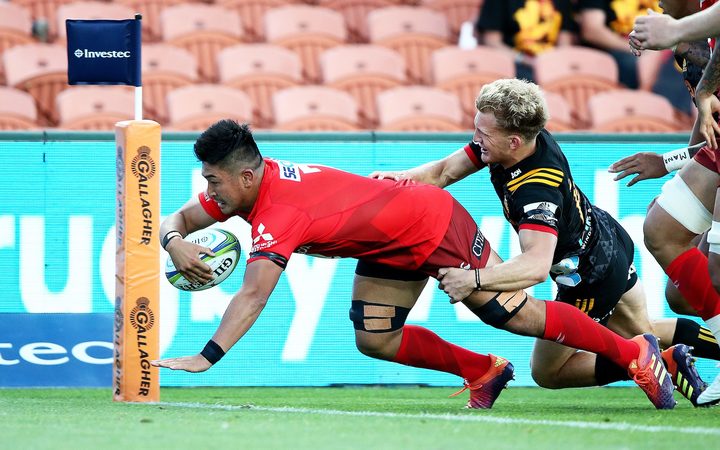 Openside flanker Shuhei Matsuhashi, lock Uwe Helu and winger Gerhard van den Heever all crossed for the Tokyo-based side, who had won just six games in their three previous seasons of Super Rugby.

All those wins had come at designated 'home' matches with four in Tokyo while the remaining two coming against the Stormers and Bulls last year in Hong Kong and Singapore.

Former Otago first five Parker slotted five from five with the boot as the Sunwolves dominated possession and territory in the first half and ensured they capitalised on Chiefs' errors and turnovers.

Centre Alex Nankivell and winger Etene Nanai-Seturo both scored tries for the twice champions Chiefs, who have now lost all three of their games this season.

The Waikato men turned over the ball 22 times in a mediocre display on their home patch, doing so despite the presence of All Blacks stars Damian McKenzie and Brodie Retallick.