Opinion - So word filtered through of World Rugby's supposed plan for what test rugby is going to look like - but it seems so ludicrous it can't be true. 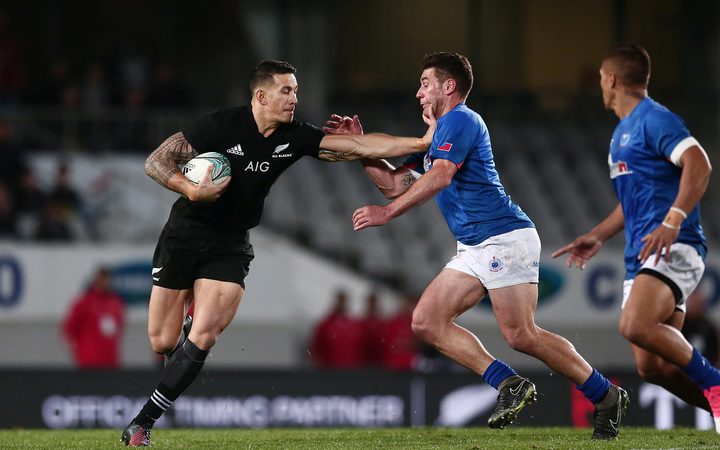 All Black Sonny Bill Williams during a Test against Manu Samoa at Eden Park in 2017. Photo: PHOTOSPORT

If it is - it's an incredibly shocking development that will have some pretty far reaching effects for the game over the next decade.

There's a lot of stuff to understand about the new, proposed 12 team competition that will supposedly run from 2020 onwards.

But the main, most emotional point has been around the Pacific Island nations being shut out of any cash-rich competition and seemingly left to fend for themselves.

"Sorry, Pacific Islands, you can't be part of the clever lads' plan. Oh, apart from the bit where we systematically come after your players, we're keeping that bit"

Rugby could perviously try to deny colonialism, but this would pretty much institutionalise it, no?

It makes little sense. While it's an established fact that keeping Samoa, Tonga and Fiji playing test matches does cost money, they provide so much to the game.

That's not just from a moral standpoint due to the outstanding on-field contribution those teams have made to test rugby, most notably the World Cup. They also supply an essential part of the playing stocks for the game world-wide.

If you all of a sudden disincentivise rugby union from the islands, there's another very attractive option just down to the south west in Australia that will be more than happy to pick up players, because that's what they're trying to do anyway.

Rugby league's NRL competition, fresh off another off-season scandal, would be greeting news of this development like a Godsend. 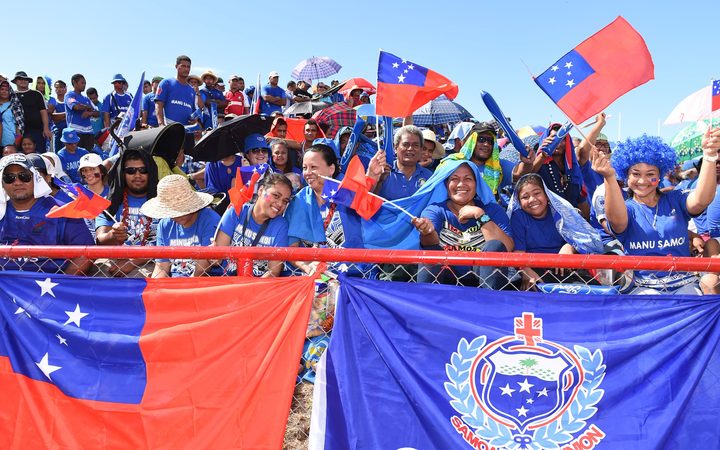 Ther's been little for Manu Samoa fans to cheer about in recent times. Photo: Photosport

Not only does it take the heat off them media-wise, they can now start to reap all the potential goodwill that can come by simply getting on the side of everyone trashing World Rugby.

The Pacific Islands have been literally pillaged by everyone, including New Zealand.

It's pretty difficult to see how the people in charge would think that just casting them aside to wither and die; the corpse potentially picked over by European clubs, would go down with any other sort of response.

But, then again, it was only a couple of years ago that the incredible imbalance between test playing nations was highlighted when Manu Samoa were getting paid 40 times less than their English opponents when they played them at Twickenham.

Then of course there's the issue of player welfare. The new competition will see the top teams in the world playing each other over the course of five weeks, meaning that every year is now more or less the same as a World Cup campaign.

“World Rugby are failing to respect the players views and genuinely engage on the issues. It will be interesting to see their approach in the coming weeks knowing the current proposal does not have the players support”.

This provoked probably the most unbelievable part of the whole saga so far - an actually interesting quote by an All Black captain.

Despite spelling his name wrong on the graphic that went with their tweet, International Rugby Players (the global collective of players' associations) sent out a very rapid response to the news, from Kieran Read.

It addressed the apparent reduced quality of rugby that the new competition would bring.

Read what the world's top players have to say here: https://t.co/XwuPbUcUdg#PlayersUnited pic.twitter.com/4WHCGwfI7c

That's pretty amazing in itself, given that if NZ Rugby have actually supported this new concept Read is going against his own bosses.

Which is why they'll now have to think long and hard about whether or not this is actually viable.

The reaction in only a few hours has been overwhelmingly negative, with serious calls to even boycott the World Cup. Presuming the antagonism is just going to go away and everyone will change their minds is ludicrous.

It's certainly not what rugby in New Zealand needs right now, given that its shrinking male player base is so disproportionately Polynesian.

This is bad, even if it isn't true, because the vitriolic backlash to it shows just how much rugby fans think that the people running the game are a bunch of out-of-touch rich folk willing to sell the very fibre of the game for a few extra bucks.

If it actually is true, and they plan on implementing it regardless of what people think, then maybe the global reset button that had a finger hovering over it till after the World Cup has accidentally already been pushed.