The Cup of Nations football clash tonight between Australia's Matildas and New Zealand's Football Ferns will reignite a once cut-throat footballing rivalry.

It's been three years since Australia's women have taken on the Kiwis, while the Socceroos haven't battled the All Whites since 2010.

Once upon a time, New Zealand was a crucial hurdle for Australian sides in their road to the World Cup through the Oceania confederation.

New Zealand is still the most-played opponent for both Australia's men and women, even if our move to Asia in 2005 effectively killed the rivalry as a competitive fixture.

Though the World Cup looms, there's little chance the Matildas will sweat on the result on tonight's hit-out at Sydney's Leichhardt Oval.

That's not the same for New Zealand, who see the match as their best chance to do over their trans-Tasman rivals. 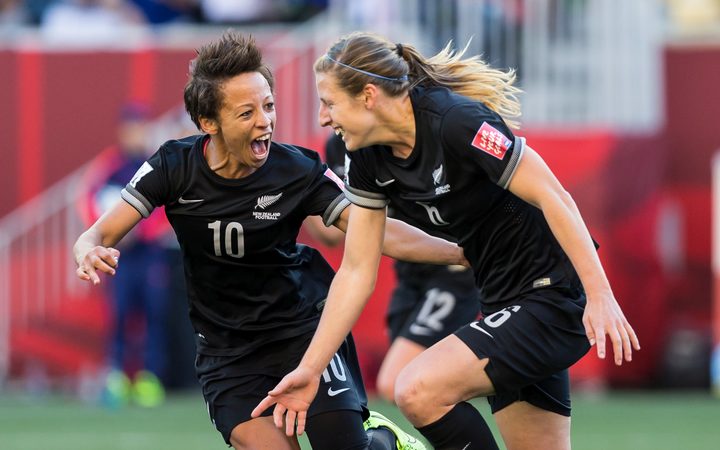 "It might be a good time to beat the girls because they've been through a lot quite recently," said Stott.

"Absolutely we want to win. It's been a while."

The Footballing Ferns, the world No.19, are in fact on a 28-game winless run against Australia.

They drew 1-1 in their last outing - in 2016 in Melbourne - but haven't beaten the Matildas since the 1994 Oceania Women's Championship in Papua New Guinea, a tournament Australia won anyway.

"We used to play a lot more. It's always such a good game when you play against Australia," Stott said.

Stott and her teammates went through a similar experience to the Matildas last year, when a player-led revolt caused New Zealand Football to investigate and part ways with coach Andreas Heraf.

They turned to ex-Matildas boss Tom Sermanni, a move which Stott has applauded.

"Tom's amazing. He's come into our environment and been super chill. It suits the way us Kiwis are. It's been a great transition," she said.