Jos Buttler and Eoin Morgan made centuries before Adil Rashid took four wickets in five balls as England beat West Indies by 29 runs in an astonishing fourth one-day international of the series in Grenada. 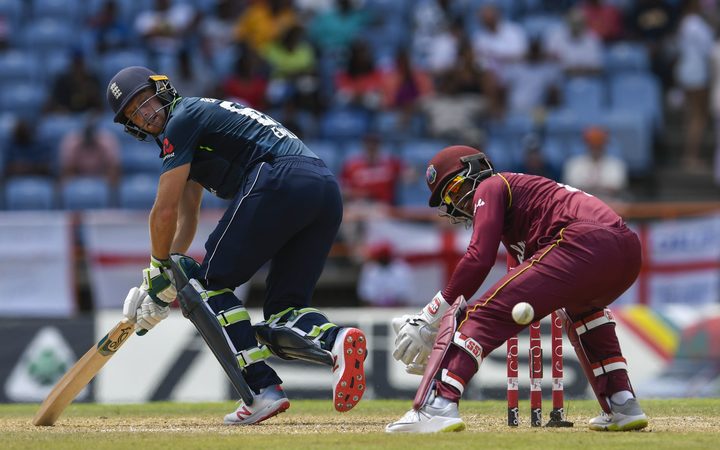 England scored 418 for six off their 50 overs, a score which West Indies impressively chased, with opener Chris Gayle smashing 162 from 97 balls.

Leg-spinner Rashid clinched victory by wrapping up the West Indies' tail with his four wicket-burst in the 48th over that dismissed the home team for 389.

It was an extraordinary game marked by the brutality of the hitting. The match resembled more an elongated T20 than a one day match as batsmen targeted the boundaries.

England's two dozen broke the world record for the number of sixes in an ODI innings, beating the record that had been set just two matches previously in Barbados by the Windies by one.

At one point Chris Gayle smacked England bowler Rashid for six to bring up his 10,000th run in ODIs - with his 500th six.

Butler's 12 sixes were the most by an England batsman in an ODI. 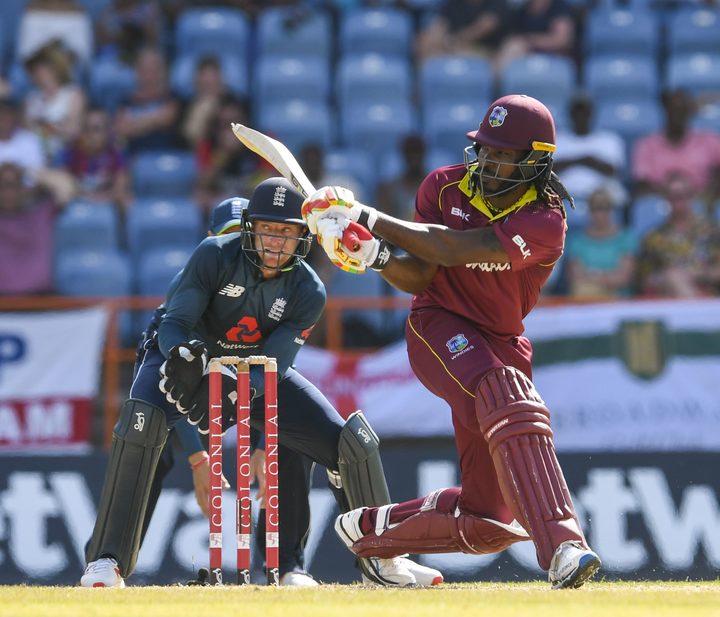 The victory gave England a 2-1 lead in the series, which lost a game when rain washed out Monday's third match in Grenada.

The final match will be in St. Lucia on Saturday.