Halberg - Shot put champion Tom Walsh says a world record is on his mind before his tilt for Olympic gold in Tokyo next year. 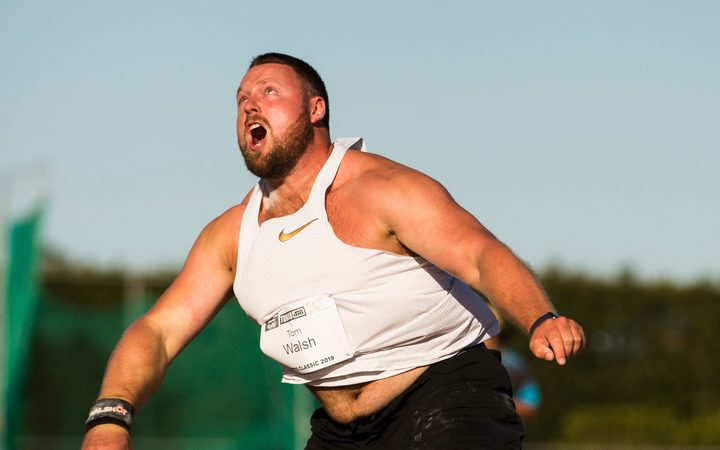 After taking out the sportsman prize for a second straight year, Walsh claimed the supreme gong at the Halberg Sports Awards in Auckland last night.

The world record in the men's shot put is almost 30 years old, but Walsh says he knows he has it in him and possibly in the very near future.

Fox fizzles on back nine

New Zealand golfer Ryan Fox has finished the opening round of the WGC Mexico championship at one over par.

Fox, who only turned up to the event the night before it started, carded a one over 72.

He started the day with birdies at the third and seventh hole, but bogeyed the eighth, 11th and 15th.

Copenhagen will host the opening three stages of the 2021 Tour de France, making it the most northerly Grand Depart in the race's history.

The move follows a trend of starting the Tour outside France with Brussels hosting this year's Grand Depart, German city Dusseldorf having the honour in 2017 and Utrecht in the Netherlands launching the race in 2015.

Breakdancing, surfing, skateboarding and sport climbing could all be on the agenda for the Paris 2024 Olympic Games if the French capital's organising committee has its way.

The organising committee says the four additional sports would provide a total of 12 events, with 248 athletes taking part - 96 of them in skateboarding alone.

There would be equal numbers of male and female athletes taking part in the new sports.

The proposal has to be agreed by the International Olympic Committee, which will rule on it after the 2020 games in Tokyo, Estanguet said.

Surfing, skateboarding and sport climbing have already been added to the agenda for the Tokyo games, along with baseball/softball and karate.

Anscombe to start for Wales

Former Blues and Chiefs player Gareth Anscombe has been selected at first-five for Wales as they returned to full strength for their highly-anticipated Six Nations clash against England in Cardiff.

Coach Warren Gatland named his strongest side for Sunday's clash between the two remaining unbeaten teams in this year's competition after fielding a second string side in their last outing, a 26-15 away victory over Italy just under a fortnight ago.

New Zealander Anscombe was preferred to Dan Biggar, who had to go off after 20 minutes playing for Northampton against Sale Sharks in the English Premiership last Saturday, in the pivot position.

Anscombe's half back partner at the Cardiff Blues, Tomos Williams, was ruled out because of injury.

Leigh Halfpenny, who has not played since suffering concussion against Australia last November, will have to wait to make his return even though he trained with the squad this week.

Georges St-Pierre, a two-division champion in the Ultimate Fighting Championship (UFC) and one of the most popular mixed martial arts fighters of all time, has announced his retirement from the sport.

The 37-year-old Quebec native, who last fought in 2017, put mixed martial arts on the map in Canada during a career in which he was widely considered the greatest welterweight champion of all-time.

St-Pierre announced his retirement at a news conference in Montreal and leaves the sport with a 26-2-0 mark and on a 13-fight winning streak. He also holds the UFC record for the most 170-pound title defences at nine.

St-Pierre, known as GSP, had previously said that he was frequently bullied throughout his childhood and used that conflict as fuel to dedicate himself to martial arts.

Sri Lanka seamers Kasun Rajitha and Vishwa Fernando took three wickets each to bowl out South Africa for 222 on the first day of the second and final test on Thursday, but the hosts struck back late in the day with the ball.

The tourists were 60 for three at stumps, still trailing by 162 runs on a wicket that is providing assistance for the fast bowlers, as well as some turn for the spinners.

Opener Lahiru Thirimanne (25 not out) and nightwatchman Rajitha (0 not out) will resume on day two, seeking to take Sri Lanka into the lead as they aim to become the first team from Asia to win a test series in South Africa.

Duanne Olivier (2-25) bowled Oshada Fernando (0) and had Kusal Mendis (16) caught to make early inroads into the Sri Lanka batting, while Kagiso Rabada grabbed the wicket of captain Dimuth Karunaratne (17) as the hosts fought back with the ball.