The Crusaders coach Scott Robertson has re-signed with the Crusaders and New Zealand Rugby for the 2020 and 2021 seasons. 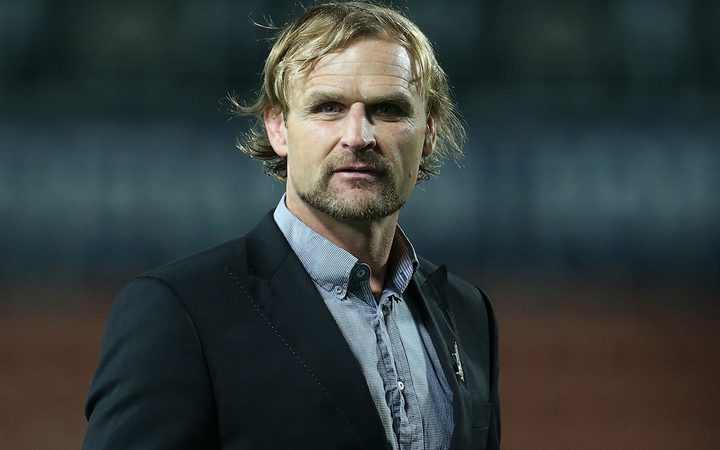 The former Crusaders and All Black flanker has led the Super Rugby side to back to back titles and is chasing a third straight crown this season. If he's successful, he'll become the first coach to win three consecutive crowns.

It's unclear whether the move affects his ambitions to coach the All Blacks, or rules him out of taking over from Steve Hansen, who's stepping down after this year's World Cup in Japan.

However it seems Robertson has taken himself out of consideration for the All Blacks job, with coaches not allowed to lead the All Blacks and a Super Rugby side at the same time.

If Robertson is offered the All Blacks gig at the end of the year, he'd likely have to relinquish his role at the Crusaders.

"I'm grateful for the opportunity to continue to lead a group of incredible players, alongside a coaching staff and management group who are passionate about what we do and the organisation we represent," Robertson said.

"My family and I are really settled here and when my wife Jane and I talked about it, this is ultimately where we wanted to be. I had already signalled my commitment to New Zealand Rugby and this 2019 campaign with the Crusaders, but this announcement ensures I can now focus on the task at hand and move forward with certainty around my coaching future.

"It's a huge honour to lead this team and I'm thankful for the support I have been shown by New Zealand Rugby, the Crusaders Board and the team, in extending my time with the club," Robertson said.

New Zealand Rugby (NZR) CEO Steve Tew said, "The Crusaders have enjoyed a very successful period under Razor and their success has been good for rugby in New Zealand. Razor's recommitment to stay in New Zealand is one to be celebrated by Crusaders and New Zealand rugby fans. His energy and passion for rugby is relentless and his outstanding sense of humour is infectious. He doesn't miss an opportunity to tell me he is our best ever signing!"

A former Crusaders, Canterbury and All Blacks loose forward, Robertson started his provincial rugby playing career with Bay of Plenty in 1995, before moving to Christchurch where he played 69 games for Canterbury and 86 Super Rugby matches for the Crusaders. All Black number 974, Robertson featured in 23 Tests between 1998-2002. During that same period, he won four Super Rugby titles with the Crusaders, including three consecutive titles in 1998, 1999 and 2000.

Following his international career, he played three seasons for Perpignan in France, before moving to Japan to join the Ricoh Black Rams - as a player for one season, and then as a coach.

Robertson assisted the Canterbury national provincial team to five successive titles between 2008 and 2012, first as the Assistant Forwards Coach for four years and then as the Assistant Coach in 2012. From 2013-2016 he was Head Coach of the side, guiding the team to three Premiership titles during that time.

The 44-year-old has also enjoyed success as Head Coach of the New Zealand Under 20 team, claiming victory at the 2015 Under 20 World Championship. Prior to that he was the Forwards Coach in 2014.

Robertson is now in his third season as Head Coach of the Crusaders, with a win-loss record of 35-3 since his first season in charge back in 2017. He secured back to back Super Rugby titles in the 2017 and 2018 seasons. The Crusaders also made history with their 2017 victory in Johannesburg, becoming the first team to travel to South Africa for a Final and return with the Super Rugby trophy. In guiding the team to that title, Robertson also became the first person to win a Super title as both a player and a coach.

The Crusaders opened their 2019 Super Rugby campaign with a 22-24 win on Saturday night, against the Blues at Eden Park.