The Māori Ferns have defeated the Indigenous All Stars 8 to 4 in the inaugural women's All Star match in Melbourne. 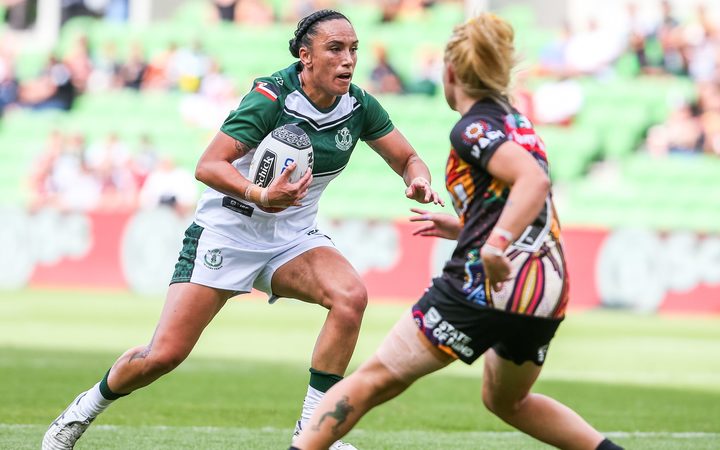 Co-captain Krystal Rota's last ditch effort from dummy half paid off crashing scoring a try to lift her side to an 8-4 triumph over the Indigenous All Stars, only the second try of the match.

The Ferns, who enetered the match as favorites had a clear size advantage, but the Indigenous All Stars never took a backward step and were unable to capitalise on their chances Rota (player of the match) scored the match-winning try late in the fourth quarter.

The heavy collisions were a feature of this match.

Deadlocked at four-all with four minutes left in the first period, it was the Ferns who executed a neat backline move for winger Tyler Birch to score a try in the corner.

The Maori Ferns led 4-0 at half-time.

Needing a strong start in the third quarter, the Indigenous All Stars tied it up at 4-4 with winger Shakiah Tungai's try out wide. The former soccer player unfortunately missed the chance to put her side ahead missing the conversion.

After an attempt at a try by the Ferns' Amber Kani was deemed to be held up Rota had the final say with her late-game heroics.