Mark Hager is standing behind his coaching style after leaving his post at the helm of the New Zealand women's hockey team amid accusations about his methods. 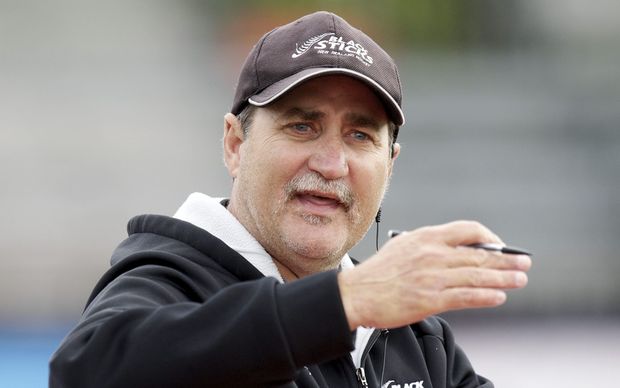 The move came prior to the public release of an independent review centred on allegations of a negative environment within the New Zealand squad.

The findings of the review and its recommendations are still to be publicly released, despite Hockey New Zealand receiving the report a month ago, more than a month past the initial expected date of completion.

After leaving the New Zealand job he held for a decade to take over the Great Britain team, Hager told the Daily Telegraph he fully backed his methods.

"You will get criticism in professional sport but I'm confident of my coaching abilities and how I talked to players and staff," the 54-year-old former Australian international said.

"I like collaboration and I'm very trusting in people. We will have discussions around the pros and cons with my staff and players.

"Like I was as a player, I like being challenged and pushed to limits I thought I would never reach."

The review into the Black Sticks environment was triggered after Hager accidentally sent an email to the entire team criticising individual players for their performance and fitness at the World Cup last July and August.

The public revelation of the email slip-up led some players to raise concerns about his coaching style.

However several players, including captain Stacey Michelsen and senior players such as Samantha Charlton, have expressed their disappointment at losing Hager to Great Britain.

The confirmation of the review also led a group of notable former players to release a public statement in support of their former coach.

Hager said the allegations and the attention garnered by the review had taken a toll on him and his family.

"I've never experienced the media scrutinising me as an individual or even the programme," he told the Daily Telegraph.

"I now know what it's like for someone like [All Blacks coach] Steve Hansen or [England rugby team coach] Eddie Jones or professional football coaches who get scrutinised every day. It was a learning experience, especially for my family.

Hager's first game in charge of Great Britain was against his former team last week, the Black Sticks romping to a 5-1 win in Christchurch on Friday night.

In a statement, England Hockey described Hager as "a good man, a family man of strong values and morals and that is big part of his credibility as an outstanding hockey coach."

The review, commissioned in September last year, was initially expected for completion by the end of November, more than two months ago.

That date was then extended until just prior to Christmas, before being extended again until late last month.