Former Springboks winger Cornal Hendricks is set for a remarkable return to Super Rugby, some three years after being told playing on could cause cardiac arrest and cost him his life. 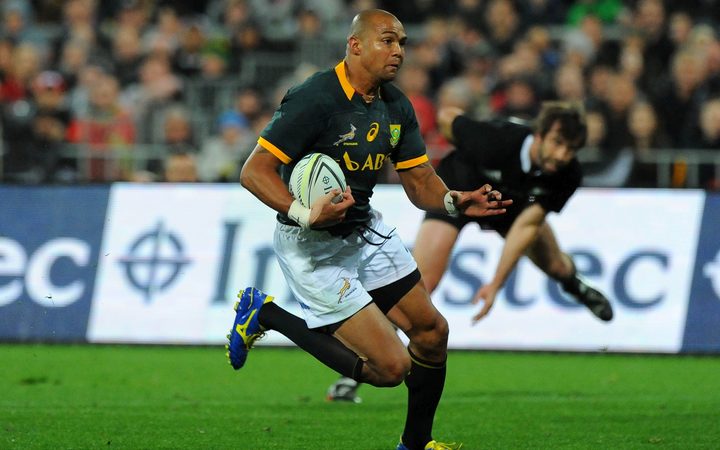 South African rugby player Cornal Hendricks makes a burst against the All Blacks in 2014. Photo: Photosport

A heart defect resulted in doctors telling Hendricks at the end of 2015 he would have to quit the game but he has now been given the all clear to resume his career at the age of 30.

He could line up for the Bulls when they begin their campaign at home to the Stormers at Loftus Versfeld in Pretoria this weekend.

It has come as an enormous relief to Hendricks, who suffered dark days of depression as he dealt with a sudden termination of his dreams after 12 caps for the Springboks.

"I felt I was at the peak of my career at the time. I had just signed a deal to join the Stormers," he recently told SA Rugby magazine.

"I was in a dark place after the doctors told me my career was over. I endured physical pain, but sometimes the emotional pain was so bad I would just curl up in bed and refuse to have contact with the outside world, or even speak to my family."

After a year of cloistering himself away during which he would break down into tears and was not able to watch any rugby, Hendricks began to defy doctors by accepting invitations to play in sevens tournaments.

"Local unions and overseas teams didn't even consider me because they were scared of signing someone who was a potential health risk," he said.

"With no interest I felt like I didn't have the power to keep on fighting for what seemed like a pipe dream, even though I knew I was not ill anymore."

A call from the Bulls late last year came out of the blue and after exhaustive tests he was offered a contract.

"I fully understand the risks that go with it as I enter into this contract. I accept such risks," Hendricks said.

Being reintegrated in to a team structure has been the biggest joy since for Hendricks.

"I'm excited to get stuck in with my new teammates. I've waited for this moment for three long years and am determined to make the most of it," he said.