A statue of former England football captain David Beckham will be unveiled outside LA Galaxy's stadium next month. 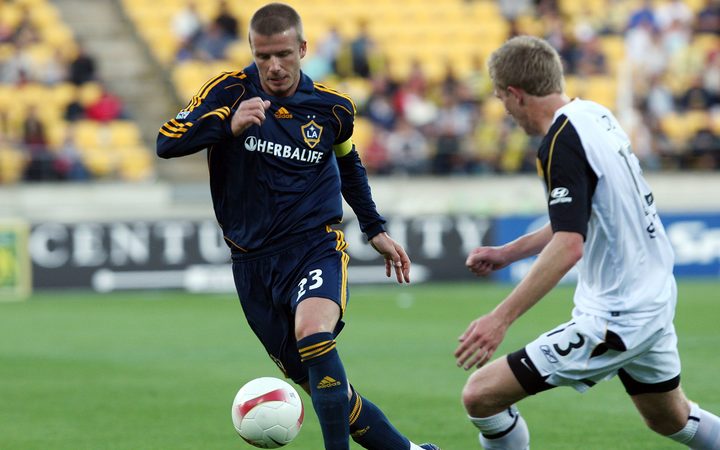 43 year old Beckham played for the Major League Soccer side for six years after joining in 2007, winning back-to-back MLS Cups in 2011 and 2012.

He is the co-owner of MLS expansion club Inter Miami, which is set to join the league in 2020.

The former Manchester United and Real Madrid midfielder is the first player to receive a statue in MLS history.

It will be unveiled at Dignity Health Sports Park before LA Galaxy's first game of the season against Chicago Fire on 2 March.

Beckham, who made 115 appearances for England, joined LA Galaxy after four years at Real Madrid, having left Old Trafford in 2003.

He was criticised by some Galaxy fans after agreeing loan moves to AC Milan in 2009 and 2010, which meant missing part of the MLS season, but left the club to acclaim in 2012 after retaining the title.

He subsequently signed a short-term deal with Paris St-Germain before retiring at the end of the 2012-13 season.