A wildly popular men's team, population 1 billion-plus, and an almost fanatical passion for cricket - in theory the perfect environment for the women's game to flourish in India.

But it's only been in recent years that the Indian women's team has started to reach its potential. Bridget Tunnicliffe caught up with two of the stars of the side. 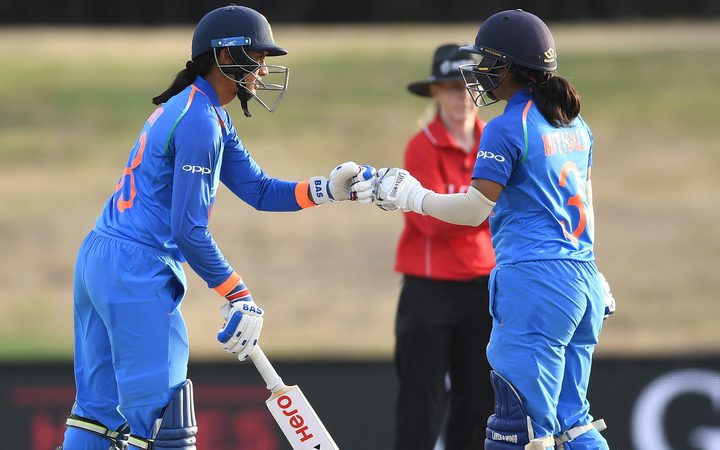 Mithali Raj is the most capped player in women's ODI history. The India one-day captain became the first woman to play 200 matches in the 50-over format against New Zealand's White Ferns last week.

Often regarded as one of the greatest batswomen to have ever played the game, she is the highest run-scorer in women's international cricket.

The 36-year-old has been witness to huge changes since debuting as a 16-year-old on a tour of England in 1999.

Mithali Raj had to wait another 18 months for her next international match which was at the 2000 World Cup in New Zealand, such was the lack of games back then.

It's no surprise the team struggled back then, when they just got their costs covered.

"We always had to start from the beginning any series we played.

"We used to travel for hours by economy, we would arrive, within two days we would have an international. We never had the time to acclimatise or practise, it was straight into a series."

As conditions improved and there were more matches the team was finally able to gain some momentum.

This is Raj's fourth tour to New Zealand. The last was in 2006 when New Zealand finished the ODI series 4-1 with a thumping 210-run win against India at Lincoln.

This time around India won the ODI series 2-1, their first series win on New Zealand soil.

In Hamilton tomorrow they'll look to finish their tour on a high note in the final Twenty20, with the White Ferns having sewn up the series 2-0.

Cricket in India is by far the most popular sport for men but Raj says individual sports like badminton are more prominent for women.

"India has a lot of individual sports that are rated far higher than team sport. Badminton and tennis matches have always been shown on TV, irrespective of whether your country player is playing or not - it's just something that's always been."

To understand why women's cricket took so long to get traction in a country where the sport is like a religion, you also need to factor in attitudes to women in sport in general.

Not the done thing

Mithali Raj said they had to contend with ideas around traditional roles of women.

"In the past a lot of women were only restricted to home and workplace, they were too busy - but now exercising is given more importance because it's healthier. A lot of people now emphasis exercising every day, irrespective of if they are athletes or not. And it also has a lot to do with that sports have become a career." 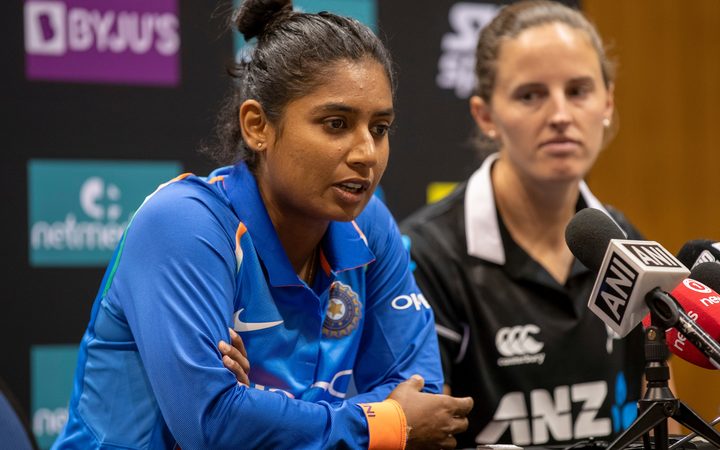 Fortunately for Mithali, her parents encouraged her to play despite some opposition from the rest of the family.

"My Dad was quite keen that I play a sport and because my brother was into cricket, I accompanied him to the grounds so that's how I got into it."

When starting out she was often the only girl, training with boys.

"Outside of my parents, my family wasn't keen that I get into sports. I come from the southern part of India where they focus more on education. Getting into sport was something my grandparents were not too keen on. But my parents they actually cocooned me from the negativity so I was protected from that at home. My parents would have faced a lot of criticism from my aunts though, especially as it was not a career back then."

In December the International Cricket Council (ICC) named Smriti Mandhana the women's cricketer of the year, and the best is still to come from the gifted batter.

Mandhana was not even three years old when Mithali made her debut.

When the 22-year-old debuted in 2013 a lot had improved already, and it wasn't long before it became her full-time job.

Mandhana too had parents who encouraged her.

"I think more than me it was their dream that I play for India. My father was a cricketer, so he wanted me and my brother to be cricketers so that's when he started taking my brother for practice. I used to just follow as a five-year-old and I fell in love with cricket ...I just loved batting."

Outside of her family she was aware of some negativity but to a lesser extent than Raj.

There's also the harsh reality of life in a country still considered third-world in some parts.

When you're scratching out an existence on the back streets of Bangalore, playing a sport isn't likely to be high on the priority list.

There have been two significant milestones for women's cricket in India since those days.

The first was when the Board of Control for Cricket in India (BCCI), one of the richest sporting organisations in the world, finally took control of women's cricket at the end of 2006. 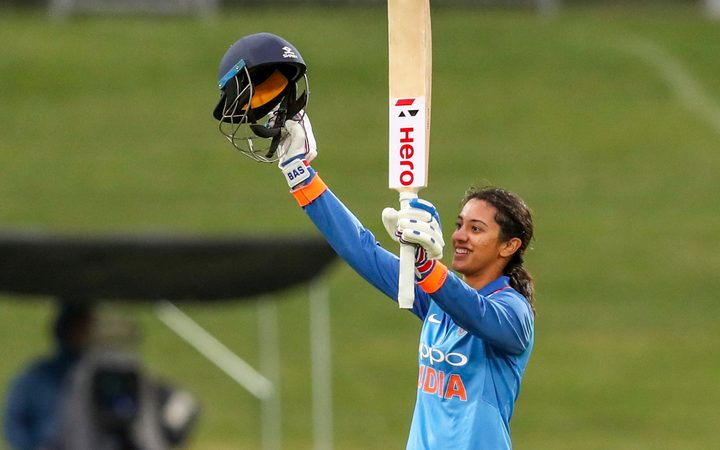 Smriti Mandhana said the second breakthrough was the 2017 World Cup where India reached the sold-out final at Lord's.

"We always used to discuss as a team you know 'we need to have a good World Cup', to come under things like getting paid or have a professional career out of it. And after the 2017 World Cup I think that changed massively for women's cricket in India."

The 2005 World Cup team also made the final but it didn't have the same impact. Smriti said the fact people could watch it on "the box" was the real game changer.

"It [2017 world cup] was on television. All matches were televised and because we were winning the matches, it became you know popular and social media has done quite a bit to make it bigger even."

It changed the way people perceived women's cricket in India.

That year Raj was named as one of the most influential women in India in the BBC's 100 Women list 2017.

The players only started to get paid once they came under the BCCI - first for tours, then three years ago they were centrally contracted.

"It's a big leap to come under BCCI, they've taken care of many factors that has helped the current players to focus solely on the game," said Raj.

Back when she started out, many talented players had to quit.

"It wasn't a career option back then ...you couldn't live just playing."

New Zealand, Australia, and England have also improved conditions for their female cricketers but when you talk about a country that has extreme poverty in some parts, the importance of paid employment is very real.

Mithali and Smriti said there are some players in the national team whose families rely on them and central contracts had allowed them to keep playing while also looking after the family as the sole breadwinners.

The very top female cricketers in India now can now earn salaries just over $NZ100,000. It still pales in comparison to the eye-watering figures their male counterparts receive.

Mandhana, along with national team-mate Harmanpreet Kaur, were the first women from Indian to play in Australia’s Big Bash League, when they signed on for the 2016/2017 season.

From amateur anonymity to celeb status

Just about everywhere you turn in India you'll see the face of current men's cricket captain Virat Kohli on the television or an advertising hoarding.

Kohli, the ICC Cricketer of the Year, along with the legendary Sachin Tendulkar endorse countless products. 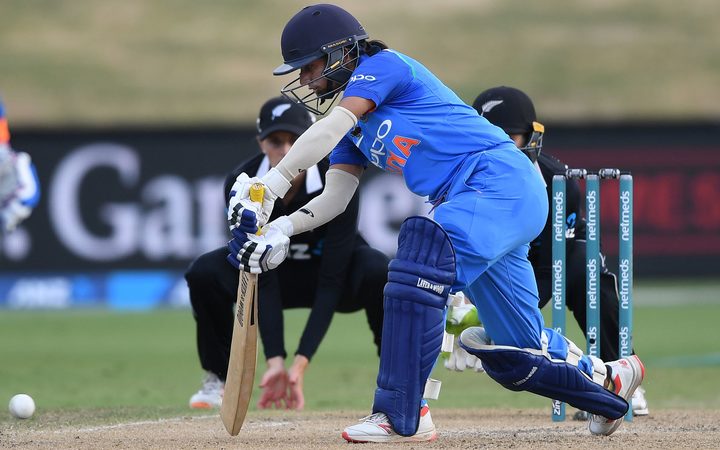 So is the current female international cricketer of the year recognised on the street in India?

"Out of 10-15 people, one person will recognise me. I think mostly people know of us by name not by our faces," said Mandhana.

"It's improved quite a bit in the last two years but men's cricket and women's cricket definitely there will be a certain kind of gap."

After the 2017 Cricket World Cup one of the big motion picture businesses in India acquired the rights to make a feature film on Raj's life.

Mithali said they were writing the script now and it was surreal to think that a biography was being made about her.

As she nears the end of her career Raj said she was just happy that women's cricket had evolved from the days when they used to train on matting.

"Pretty much wherever a youngster wants to enrol she has the opportunity to do that now. And it can become a career. Even playing for State you can earn money.

"It will only get better with more matches, there are a lot more girls coming in, watching women play on TV, it also promotes the sport.

"For a long period women's cricket has been overshadowed for different factors, it never really got the kind of due that it should have much earlier."