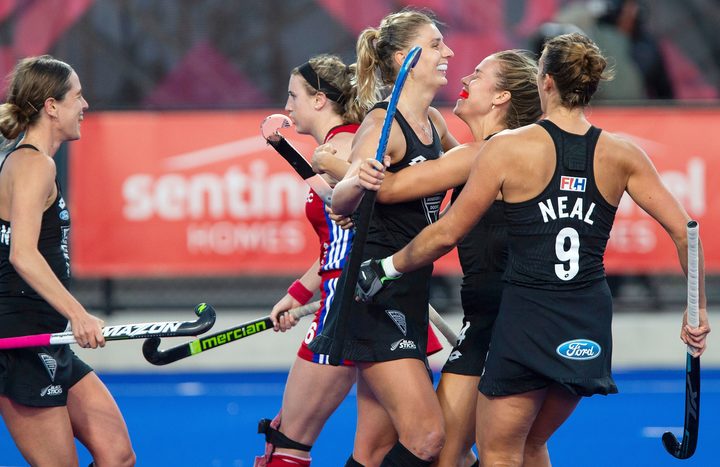 The Black Sticks showed an improved focus on both ends of the field as they took the result 5-1 to gain their first points of the Pro League.

Looking to bounce back after two tough defeats to the Netherlands and Belgium the Black Sticks got themselves on the scoreboard early through a goal to Olivia Merry breaking the Black Sticks scoreless drought in the Pro League.

The visitors got themselves on the scoreboard soon after when the Black Sticks were ruled to have stopped the ball with their body on the goal line resulting in a penalty stroke which was converted by Giselle Ansley.

There was no further change to the score as the first quarter finished with us tied at 1-1.

The second quarter was an exciting one which saw the Vantage Black Sticks retake the lead in the 19thminute with an Ella Gunson drag flick. The Black Sticks were looking to move the ball around quickly and expose the Great Britain defence.

Their male counterparts lost to Great Britain earlier in the evening 6-2.