The Wellington Phoenix have drawn 1-all at Newcastle with striker Roy Krishna missing a penalty in the 88th minute which could have won the game for the visitors. 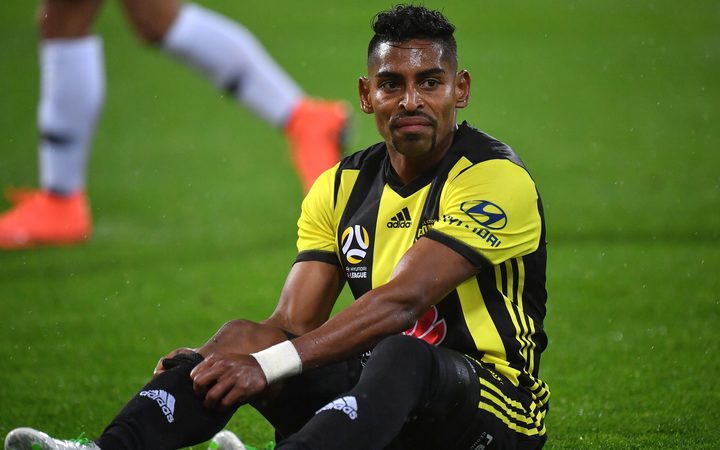 The Phoenix remain sixth in the standings, eight points ahead of the Jets.

Former Phoenix goalkeeper Glen Moss was the hero for the homeside managing to stop the shot from Krishna with his foot after Ben Kantarovski fouled Louis Fenton at the top of the penalty area.

Wellington boss Mark Rudan rued the missed penalty but also the chances not taken, especially in the first half.

"When you get a penalty with a couple of minutes to go, from 11 metres you expect to score from it but Roy has done ever so well for us this year," he said.

"He's scored a lot of goals for us, and he's won us games and points."

Wellington created the better chances in an open affair early before a piece of individual brilliance from Ronny Vargas put the Jets ahead in the 33rd minute.

Vargas wrong-footed two defenders in the penalty area before making space for his left-foot shot at the near post.

The goal came after a fiery opening in which Jets Vargas, Daniel Georgievski and Jason Hoffman, in his 200th A-League game, were shown yellow cards.

Hoffman's was his fifth of the season and will bring with it a one-game ban.

Wellington equalised in the 58th minute when David Williams side-footed Fenton's cross through traffic to beat Moss to his right.

The Jets missed three chances in a matter of seconds in the 61st minute when Dimi Petratos forced a save from Sail before O'Donovan smashed his one-on-one chance into the post and Petratos had his follow-up tipped over the bar.

Sail then denied Hoffman in the 66th minute and Georgievski had a shot tipped wide before hitting a close-range header into the crossbar a minute later.

Wellington had great opportunities late but Alex Rufer sent his strike over the bar in the 83rd minute and Krishna did likewise from close range in the 84th.

Jets coach Ernie Merrick singled out Sail for praise after he deputised for Filip Kurto.

"Once again, the opposition goalkeeper was man of the match. He was pulling off saves left, right and centre, which is a credit to the young boy," he said.

"I think we've got the record for opposing goalkeepers winning man of the match."

Sail had replaced Filip Kurto in goal as the Pole had been sick.