The Melbourne Cup winning trainer trainer Darren Weir faces a four-year suspension from the sport after deciding not to contest charges against him for the possession of equipment used to deliver electric shocks to horses.

Weir is one of Australia's top trainers and claimed a landmark victory in the 2015 Melbourne Cup when Michelle Payne won aboard Prince Of Penzance, became the first female jockey to win the race. 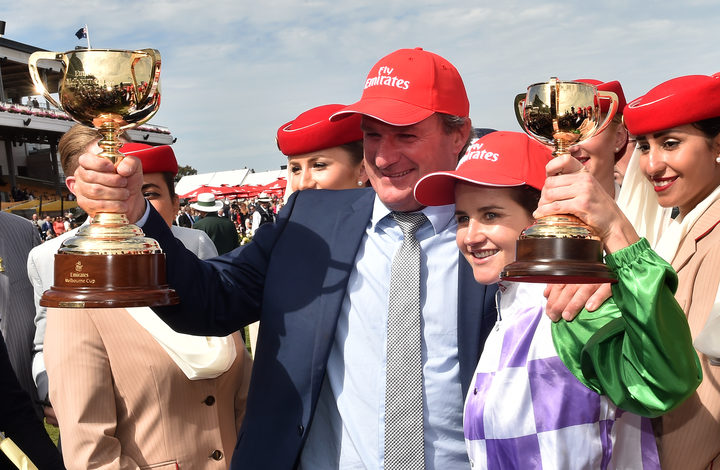 Victoria Police seized four electric devices, known in the industry as as 'jiggers' and which are outlawed, at the 2015 Melbourne Cup winner's stables on Jan. 30.

At a hearing with Racing Victoria, Weir confirmed he would not be contesting the three charges brought against him when he faces Racing Appeals and Disciplinary Board (RAD), where stewards will seek a four-year disqualification.

"Until such time as the RAD Board convenes to hear and determine Mr Weir's charges, the stewards have imposed strict conditions on his licence that ensure he is not permitted to enter or race any horses as a trainer or owner," Racing Victoria's exectuive general manager Jamie Stiersaid in a statement.

Assistant trainer Jarrod McLean, who was also arrested with Weir, will contest a charge possessing a similar device and RV said he can continue to train until his hearing.