Chris Ikonomidis continued his golden run to help lift Perth Glory to a dominant 3-0 win over Wellington Phoenix in their A-League clash in Perth. 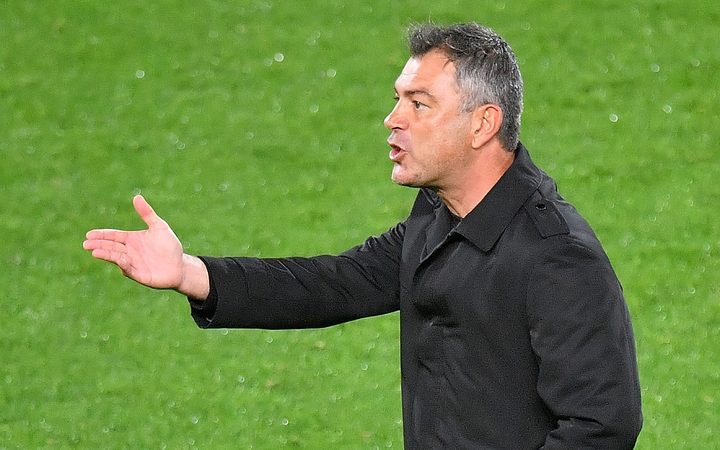 Ikonomidis had scored six goals in nine matches for Glory before departing for the Asian Cup, where he became a shining light during Australia's doomed campaign.

The 23-year-old slotted straight back into Glory's starting line-up against the Phoenix on Saturday night and combined brilliantly with fellow attackers Diego Castro and Andy Keogh to send Perth on their way.

First-half headers to Shane Lowry and Ikonomidis gave Glory a 2-0 lead, before Keogh iced the result with a 64th minute strike in front of 9148 fans.

Glory could have easily finished the match with five goals to their name such was their dominance.

But hidden amongst the attacking brilliance was the fact Glory were also able to create a slice of defensive history for themselves.

Saturday's result was Glory's fourth clean sheet in a row - the first time the club has achieved the feat.

The win maintained Perth's four-point lead at the top of the table, while the Phoenix are 14 points further back in sixth spot.

"It's pleasing that we're backing up the performances, and if you do that, you give yourself a better chance of winning, and that's what we're doing at the moment," Glory coach Tony Popovic said.

Glory were lucky not to go behind in the second minute after a horror pass from goalkeeper Liam Reddy.

Roy Krishna picked off the weak pass and squared it to David Williams, whose first shot was blocked by Matthew Spiranovic, before his second strike cannoned into the upright.

The rest of the half belonged to Glory, who could have easily gone to the break with four goals to their name if not for a series of fine saves from goalkeeper Filip Kurto.

Lowry opened the scoring in the 19th minute with a bullet header.

And the lead was doubled by Ikonomidis in the 35th minute when he nodded home a reflection header after Kurto had saved a Castro thunderbolt.

Ikonomidis was denied his double when his 62nd-minute strike hit the crossbar and bounced down and out.

But there was no stopping Keogh, whose 23-metre low drive evaded the fingertips of Kurto after Glory midfielder Juande had won the ball in a diving tackle.

"We should have got that one early," Phoenix coach Mark Rudan said of the missed opportunity in the second minute.

"It's a different ball game altogether if we get that one. But we didn't, and then it was one-way traffic in the first half."