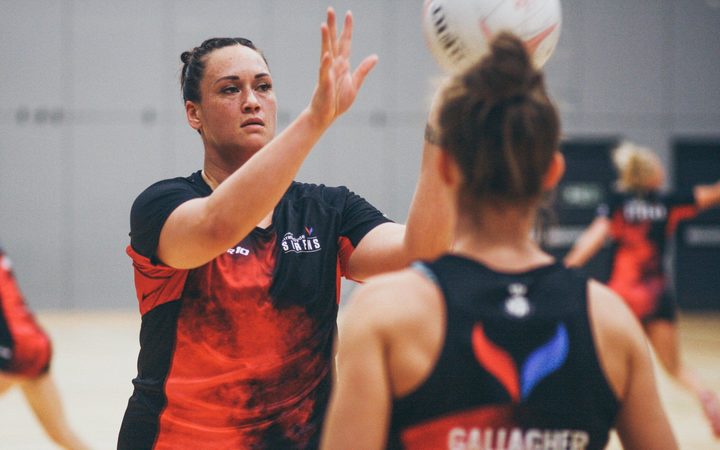 The Silver Ferns loss is well and truly Scotland's gain.

After Tuivaiti made it known she was leaving the Adelaide Thunderbirds to be closer to her husband, Italian rugby player Jimmy Tuivaiti, Parata saw an opportunity too good to pass up.

"I reached out and offered a spot knowing her husband was playing rugby on the side of the world, we spoke a year earlier, and she got in touch with me again and the rest is history," says Parata

"When she does her tricky little passes, I close my eyes but everyone else is oohing and aahing so she brings another element on court,"

"It's been massive, people are in awe of what she can do on court, and we packed out our stadium on the first game two weeks ago because of her.

It's a relationship that blossomed in 2015 during Parata's time as the Northern Mystics assistant coach and Tuivaiti at the time their goal shooter.

With two Commonwealth Games campaigns and soon to be two world cups under her belt, Parata has also adopted the Sirens team for a third term - Scotland's only domestic team in the U.K. Superleague.

This makes the Sirens one of the only teams in the world to have its international players eligible for a single domestic team.

Tuivaiti has become part of on an offshore team with heavy Kiwi involvement and history. Parata recently worked with fellow Wellington comrade Tanya Dearns in Glasgow and another former Silver Ferns coach, Waimarama Taumaunu, has had a hand at building its' foundation.

In turn Tuivaiti's arrival means she will now help with the Sirens progression on court and Scotland's 2019 World Cup campaign. 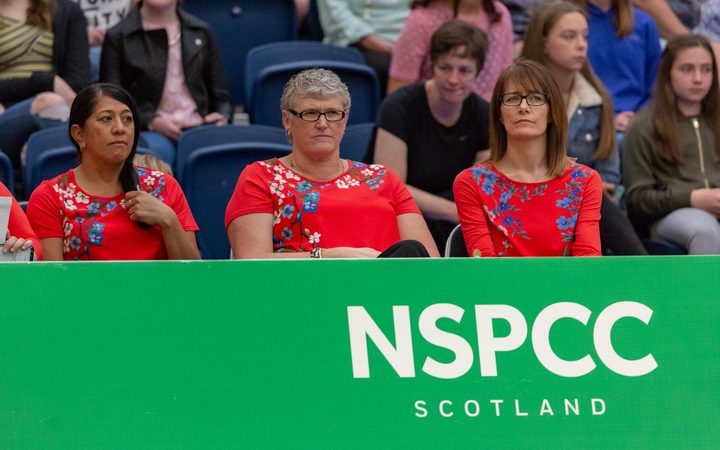 But it seems a tall task for the semi-professional athlete. Official Superleague matches run any day of the week, making it tricky for players with full-time jobs. The Superleague must pay to have games aired and not all of them are shown proving it difficult to promote the sport.

Tuivaiti hopes her influence can help change that and strengthen the sport in the Northern Hemisphere.

"I got a shock coming to the Sirens because it's not what I am used to and every player in the Sirens play for Scotland except for myself and an Australian import player," says Tuivaiti

"I'll get into a taxi and say I'm off to netball and they say they didn't even know there was a netball team here - I want to change that in this part of the world."

A change she could make in more ways than one.

Although playing in the Superleague excludes Tuivaiti from Silver Ferns selections she has alerted Samoa that she is available for the Netball World Cup should they need her.

In terms of a future in the sport she seems to be on track in fostering her leadership skills for a possible international coaching career.

"I have made myself available for Samoa for the Netball World Cup, but they haven't accepted me on the squad. I look forward to being part of it whether it be playing or commentating," says Tuivaiti

"Yeah, I can see myself moving into that realm [coaching] in the future and shaping the sport, I'll see what happens after this year with the Sirens."

It's a pathway coach Parata says she is already on.

As an experienced international player Tuivaiti offers her opinion regularly admitting that sometimes she needs to "shut up". But the direction is welcomed by Parata as a refreshing professional change.

"She's brought so many different things to the Sirens and Netball Scotland. Her knowledge on court, she's a very clever netball player, she understands what works, she's played with the best in the world and she is sharing all of that with my Scottish athletes," says Parata

"It's brilliant and now I feel like we have another coach with us. Cat tries to keep her athlete hat on but you can't help but listen to what she has to say with her experience."

The 52- year-old coach is off contract with Scotland at the end of the Netball World Cup and says she has aspirations to return to New Zealand.

Parata has followed in fellow international coach and friend Noeline Taurua's footsteps in gaining a Masters of Science for Performance Coaching and works alongside local universities hoping it will be enough to tee up a return home.

"I would love to return to New Zealand and I am so proud of my mate Noeline I caught up with her and Debbie at the Quad Series and took my coaches down to London where we spoke with Lisa Alexander and the Silver Ferns camp," says Parata

"Noeline showed us their processes, so my coaches got to learn from the best. When those coaches are over we want to expose ourselves to them."

"I have been here building up my CV and I would encourage New Zealand coaches to do the same to build yourself as a coach.