The undefeated Black Ferns Sevens made an emotional debut in the Hamilton Sevens Fast Four Series while their male counterparts settled for bronze in front of a sold out Waikato Stadium. 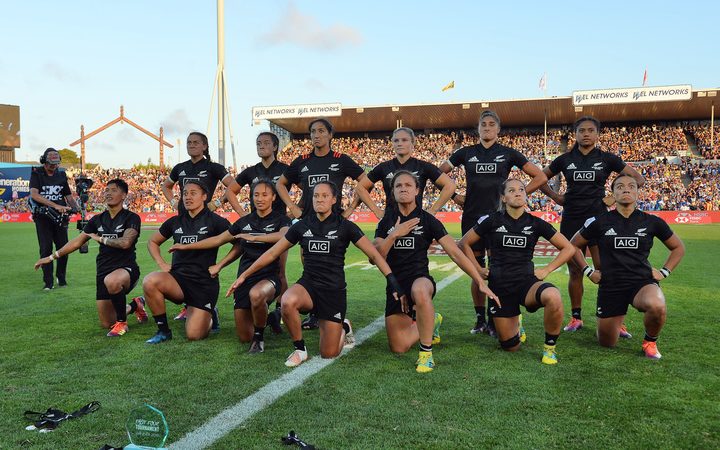 Waikato Stadium's 25,111 strong crowd on day two can be thanked largely to the Black Ferns Sevens historic debut on home soil, many of them hail from the mighty Waikato - and they didn't fail to deliver.

The 'Sisters' ran undefeated over the two days, a 24 to 5 win over France, and 19 to 4 win over England then a thumping 41 nil over China on day two.

While it may be argued that the world's best teams, Australia for one, weren't present the Ferns were without their star constituents Portia Woodman, Kelly Brazier, and then a late injury withdrawal by captain Sarah Hirini which didn't seem to weaken them.

Stand out winger Alena Saili rising to the occasion with a try hat-trick over China to secure a finals spot further promoting why a world-series stopover in Hamilton in future would definitely pay off.

The Fast Four series final 31 nil win over France a taster of what's to come in Sydney next week showing that with or without their star power the team has more, scary, depth waiting in the wings.

"It was pretty amazing to see these girls step up especially Te Rina Te Tamaki who had to fill some big shoes of Sarah Hirini who went down on day one - she did a massive job," Nathan-Wong said.

"Rhiarna Ferris who made her debut on homesoil, you couldn't ask for more."

The side were pleasantly surprised wth the lack of travel involved to get to their venue. New Zealand Sevens headquarters is situated an hour and half away from Hamilton - a welcomed travel time by all.

"It was so different... usually the longest we fly is 36 hours to get over to France so for the reverse for England and France to have to fly here was pretty special,' Nathan-Wong said.

The All Black Sevens had a dream start on day two with a satisfying early win over Australia 24 to 17 claiming a spot in the semi-final with USA. 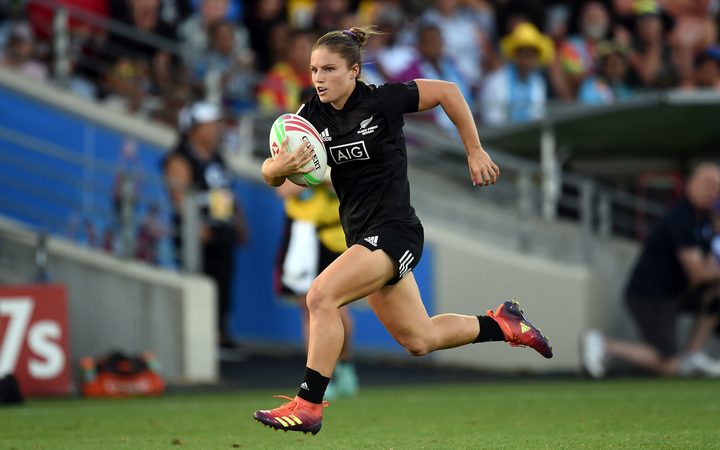 The first to score, it was full steam ahead for New Zealand until an error-riddled second half and a yellow card send off to Vilimoni Koroi after a high tackle unhinged their chances of meeting fan-favourites Fiji in the final, the visitors victorious 17 to 7.

In a battle for bronze the All Black Sevens finished their tournament on a high beating South Africa 29 to 7 and claiming third sport on the World Series ladder behind grand finalists Fiji and USA.

Fiji defended their Hamilton Sevens title with a dominant 38 nil win over USA.