Shawn Long and a productive New Zealand Breakers bench have proved too much for the undermanned Brisbane Bullets in a rugged 109-96 NBL win in Auckland. 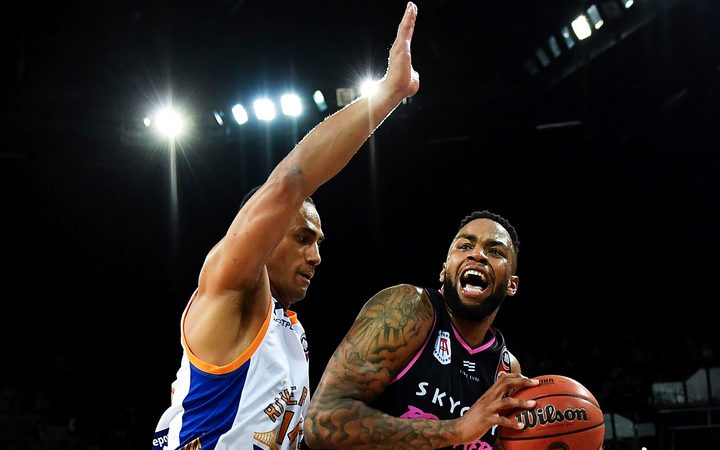 The Breakers kept their finals hopes alive on Sunday despite remaining in seventh place on the ladder.

With a win-loss record of 10-12, they remain in the hunt for the playoffs with Brisbane and the Adelaide Sixers (both 12-11) and Illawarra Hawks (11-12) the teams seemingly in the hunt for fourth spot.

While not as dominant as in recent games, American centre Long was influential with a game-high 23 points, six rebounds, three steals and two blocks.

The biggest difference was the Breakers bench, which combined for 60 points.

Livewire guard Jarrad Weeks led them with 20 while Finn Delany added 17, all scored in the second half when Tai Wesley struck foul trouble.

Long said the performance highlighted the offensive depth not always seen at the Breakers and that they can win without key power forward Wesley.

"With Tai going out, they double-teamed me hard. I thought Brisbane had a good game plan," he said.

"We had to spread the ball around and guys came off the bench and did it for us. Most times it's me who leads the way but tonight it was great to have other guys lead the way with the energy."

It was a second straight loss for Brisbane, whose cause wasn't helped when top scorer Lamar Patterson (18 points) fouled out when called for a technical violation late in the third quarter.

The American forward had dominated the two middle quarters as the Bullets surged back from an early 16-point deficit to lead.

However, his fourth foul and subsequent backchat proved a turning point.

Brisbane's hopes took another blow midway through the final quarter when veteran forward Mika Vukona hobbled off with a knee injury.

The former Breakers star collided awkwardly with Long and could be in doubt for a key Brisbane double-header next week against Sydney.