The former Springbok Patrick Lambie has confirmed his retirement from rugby because of concussion. 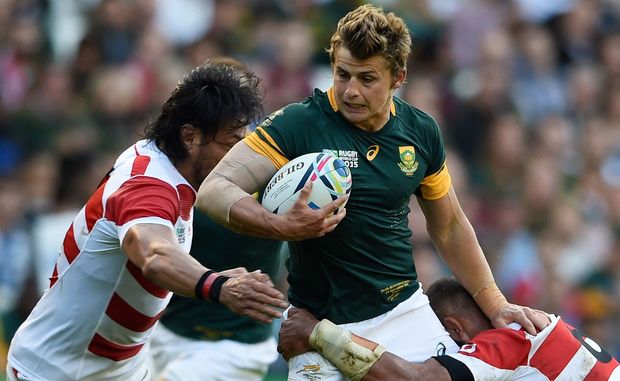 The 28-year-old South African utility back has been battling concussion issues for the past three years and announced his decision to step away from the game over the weekend.

Lambie told SA rugby magazine he was following the advice given to him by two neurologists he had seen on a number of occasions.

"Considering the number of concussions I have suffered, and above that, the amount of time it takes to shake off the symptoms afterwards, it is better to avoid the risk of further head injuries," said Lambie, who played 56 tests for the Springboks.

"We have tried rest, medication, neck treatment, jaw treatment, eye rehabilitation, multivitamins, and now I am to avoid any strenuous exercise and sports that require contact. Therefore, I am retiring from the game completely."

Lambie has been playing club rugby for French side Racing 92, where he was a team-mate of Dan Carter before the former All Blacks playmaker took his career to Japan.

The Durban-born utility had also suffered a knee injury, which had further limited his time on field at club and international level.

"It is a really big decision and I have extremely mixed emotions about it.

"I am bitterly disappointed and sad because I still have some dreams on the rugby field, and I feel like some good playing days are ahead of me.

"But on the other hand, I feel relieved to know that I will not be at risk of further, more serious head injuries.

"It is the hand I have been dealt I guess, and the story I get to tell. Despite all the injuries, I can still look back on an almost 10-year career with many highlights and memories to hold close forever. I feel very lucky in that regard."

Lambie's last game for his country came in 2016, and the following year he almost retired after an incident in a Super Rugby match where he collided with a team-mate from the Sharks.

That resulted in a six-month layoff from the game, before he made the moved to France.

In December, 2017, Lambie suffered another concussion which resulted in symptoms that lasted for around 40 days.