It's not so long since we were in the midst of a typical Wellington Phoenix season. Merely making up the A-League numbers yet again, they were as erratic off the park as they were on it.

New coach Mark Rudan came to town and immediately lapsed into the kinds of behaviour that has typified the club. He saw agendas and injustices everywhere, all while complaining - publicly and privately - about the state of the team's media coverage. 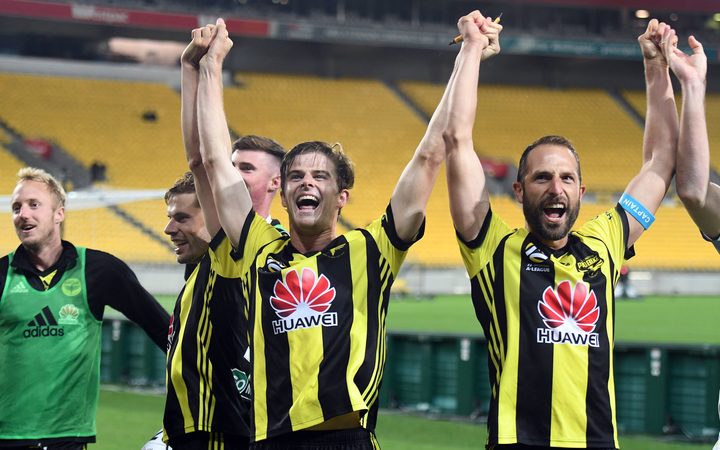 The club, he claimed, were being given second-class treatment by Football Federation Australia. Only the poorer A-League referees officiated the club's matches as part of what Morrison called "a clear bias against the Phoenix.''

Then there was the shift of a home game to Sydney's Campbelltown Stadium, where it's rumoured remnants of the Phoenix might end up depending on the status of the club's A-League licence.

Deciding to take the February 23 game, against Sydney FC, to Campbelltown had merit and fans were certainly sympathetic to the idea. The club's continued participation in the league depends on various metrics and staging a game in Sydney is only going to help those.

Not that Rudan was happy to say so. He outright refused to make any comment, which only suggested there was a) more to the story and b) reinforced the feeling of a club who were at war with pretty much everyone. 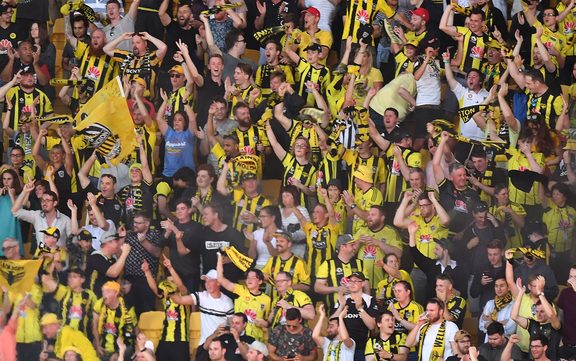 Phoenix fans have reason to celebrate these days. Photo: Photosport

Were being the operative word here because, since then, the Phoenix have gone on a club-record eight-game unbeaten streak and relations between Rudan and all and sundry could hardly be better.

Where there was disinterest and despair, along with a dwindling number of club faithful, there's now an almost unbridled optimism. Those covering the club at close quarters have written and spoken about Rudan in almost messianic terms, as he masterminds the Phoenix's rise up the A-League ladder.

They're now fifth and well in the hunt to play finals football, while more than 10,000 fans flocked to Westpac Stadium to watch the team beat Central Coast 3-2 on Saturday.

Clearly Rudan is a charismatic figure. Tall, good looking and articulate, the Australian is the kind of man who makes believers of people. As the results have improved, so has his mood and that of the paying public.

The Phoenix were in danger of becoming an irrelevance in Wellington. Maybe even an embarrassment. There remained a vocal core of support, but enthusiasm for the club in the broader sporting community had dwindled.

Winning, though, appears to have changed everything. 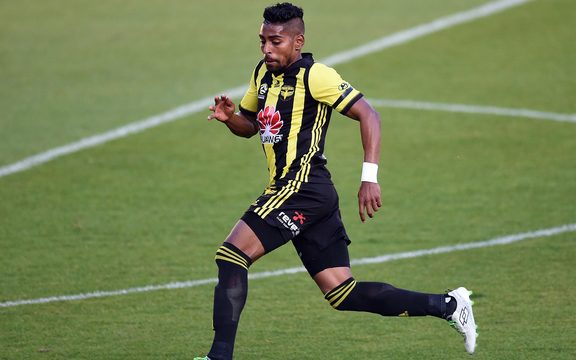 Roy Krishna has been one of the A-League's most prolific scorers this season. Photo: Photosport

Signings such as defender Steven Taylor and goalkeeper Filip Kurto look inspired. It's attacking players who are often attractive import options, but Taylor and Kurto have been well worth the investment.

Taylor, the former Newcastle United player, is another whose conviction to the cause must be an inspiration. Not to mention a comfort to occasionally careworn captain Andrew Durante.

But it's not just the boys on the big bucks who are coaxing believers back to Westpac Stadium.

The promising Sarpreet Singh, who treaded water in recent times, is starting to look the player that people hoped he might. Even others such as Louis Fenton and Alex Rufer, who'd been given up on by some, are making very worthwhile contributions.

Then there's striker Roy Krishna. A prolific scorer at lower levels of football, his contributions have been more fitful as an A-League player.

Always quick and blessed with the ability to score an eye-catching goal, Krishna's added consistency to his arsenal. More importantly, his nine goals in 13 starts this season have contributed to wins.

People want the Phoenix to do well. They want Wellington to boast a football club to be proud of. They need a place where they can chant and sing and cheer without fear of embarrassment or being drowned out by the Public Address (PA system).

They want winners and, right now, they've got them. Long may it continue.

- Hamish Bidwell is a contributor to Radio New Zealand. He has previously worked at The Northern Advocate, Gisborne Herald, Hawke's Bay Today, The Press, The Dominion Post and Stuff.