The Sydney Kings have completed an Australian Basketball League season-sweep over the New Zealand Breakers with a 100-92 win in Sydney. 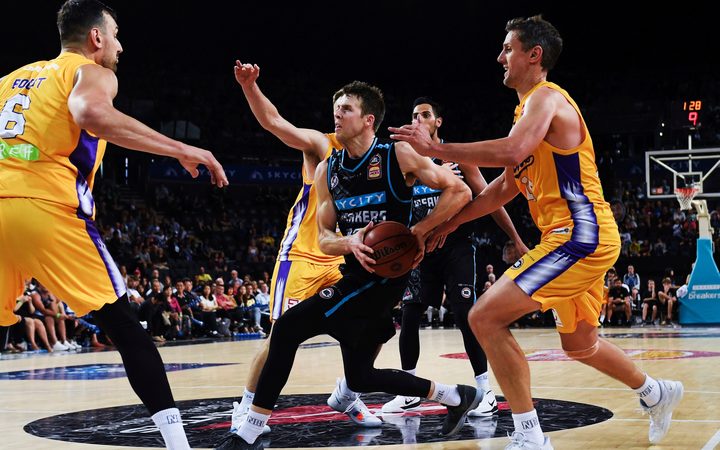 The Kings remain top of the standings, while the Breakers stay sixth with an 8 and 10 record.

The Kings have won all four games against the Breakers this season.

Much of the the pre-game interest was on the matchup between big men Andrew Bogut of Sydney and Breakers counterpart Shawn Long.

Long outscored the Kings centre 20 to 9, and had one more rebound, but seemed to get increasingly frustrated after halftime, scoring just five after the long break.

Efficient Bogut made four of his five goal attempts and added nine rebounds, five assists and three blocks as well as helping to reduce Long's influence in the second half in a good all round performance.

The Breakers scored the first six points, but Sydney fought back to lead by two at the first two breaks and one at the last.

The Kings led by as much as 13 in the last and while the Breakers made some mini runs in the second half, they couldn't reel Sydney in.

"We did keep fighting back but that's a great team," Breakers' coach Kevin Braswell said after his sixth-placed team dropped to 6-8..

"They are only going to allow you to have so many times you can fight back and in the fourth quarter they put us away.

"I thought we gave up too many offensive rebounds at crucial moments."

Captain Kevin Lisch topscored for Sydney with 20 and Jerome Randle chipped in with 18.

For the Breakers, Tai Wesley scored 16 and Jarrad Weeks added offensive punch off the bench with 15.