Jimmy Neesham boosted his World Cup chances after 18 months out of the New Zealand side as he produced an all-around performance in their 45-run win over Sri Lanka in the first one-day international. 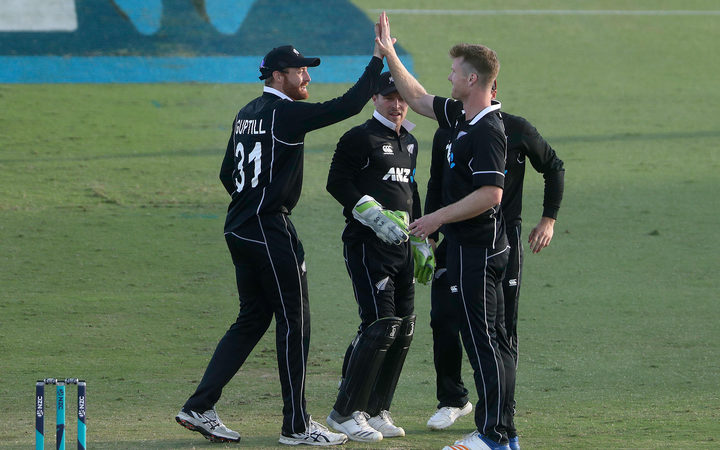 The visitors, led by Kusal Perera's 102 and Niroshan Dickwella's entertaining 76 were dismissed for 326 in 49 overs, chasing New Zealand's imposing 371 for seven, which was anchored by Martin Guptill's century and Kane Williamson's 76.

In his first game since last summer, Guptill's 138 runs in 139 balls earned him man of the match honours at Bay Oval in Mt. Maunganui.

But Neesham, who is battling with three other players for an all-rounder's spot for the May 30-July 14 World Cup in England and Wales, somewhat overshadowed Guptill's 14th ODI century with a six-hitting assault.

The 28-year-old, who had not played for New Zealand since June 2017, was on three at the start of the 49th over bowled by Thisara Perera and proceeded to smash five sixes.

He then finished New Zealand's innings with a sixth six off Nuwan Pradeep, having scored 47 from 13 balls.

Neesham then dismissed both of Sri Lanka's openers after Dickwella and Danushka Gunathilaka (43) had given their side a superb start with a 119-run stand in less than 18 overs.

He also snapped up the dangerous Dinesh Chandimal for his third wicket to reduce Sri Lanka to 211 for four in the 33rd over just as they were preparing themselves for an assault.

Perera, however, kept the visitors in the chase with his fourth one-day century, before he fell in the 46th over with his side needing 74 runs to win the game.

The second game of the three-match series is at the same venue on Saturday.

See how they game unfolded with RNZ's live scoring 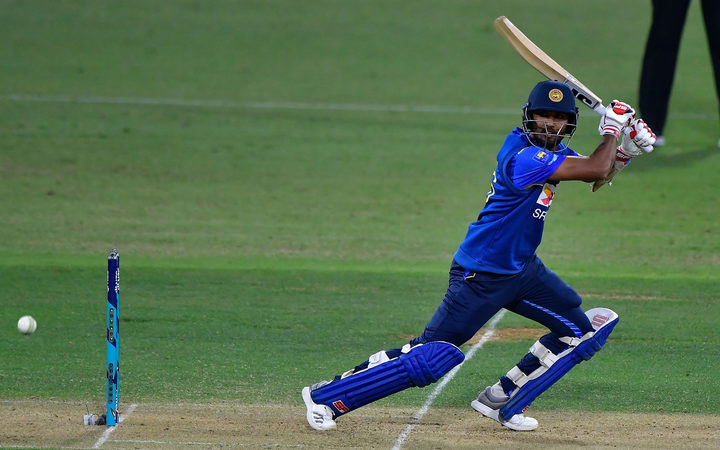