Five time Olympian Barbara Kendall, one of New Zealand's most successful sportswomen, has been made a Companion of the New Zealand Order of Merit.

Barbara Kendall receiving her Gold medal at the 1992 Barcelona Olympics. Photo: No metadata

Kendall won a gold medal in boardsailing, also known as windsurfing, at the 1992 Olympics in Barcelona, a silver medal at the 1996 Atlanta Games and completed the set at Sydney in 2000 with a bronze medal.

Her gold medal at Barcelona eight years later was the first for a New Zealand woman since Yvette Williams won gold in the long jump at the 1952 Helsinki Olympics.

She bowed out of Olympic competition at Beijing in 2008 with a sixth placing at 40 years old becoming the first New Zealand woman to compete at five Olympics.

She retired from boardsailing in 2010, after 24 years at the top of her sport.

Currently she chairs the Association of National Olympic Committee's Athletes Commission and is the Vice President on the International Surfing Association.

During her time as an international commission athlete leader she focused on developing a career programme to empower athletes for their future.

Kendall said she was honoured to be recognised, but it was her love for sport that kept her involved.

"When you love what you do and you give it everything that you've got, you don't really think about all those sorts of things [awards/honours].

"When it does happen you just feel really amazing to be recognised, you know for over the last 14 years and all the work that I've done overseas in international sport and the last 20 years being on the New Zealand Olympic Committee's Athletes Commission. So all that stuff you just absolutely love, and being recognised for that is really amazing." 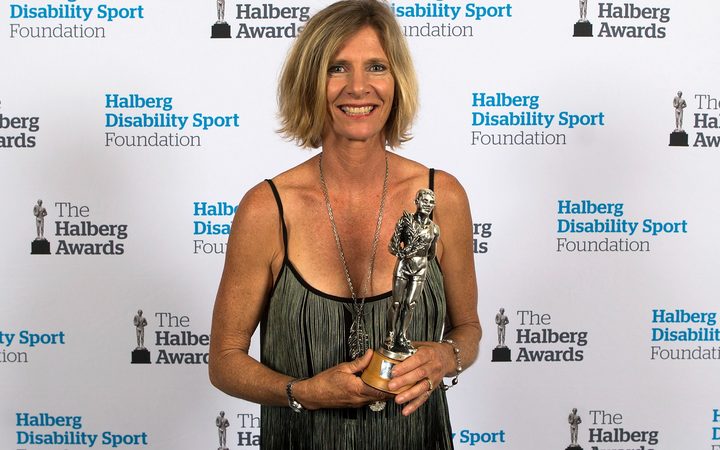 King a Member of the New Zealand Order of Merit

Joelle King has been made a Member of the New Zealand Order of Merit in the New Year Honours for service to squash.

King is currently the fourth ranked women's player in the world.

King didn't receive the letter informing her of her honour, as she was training overseas and it was sent to her old address.

"I think they were a little worried as to why I hadn't replied, whether I was going to accept or not so someone called me from the government." 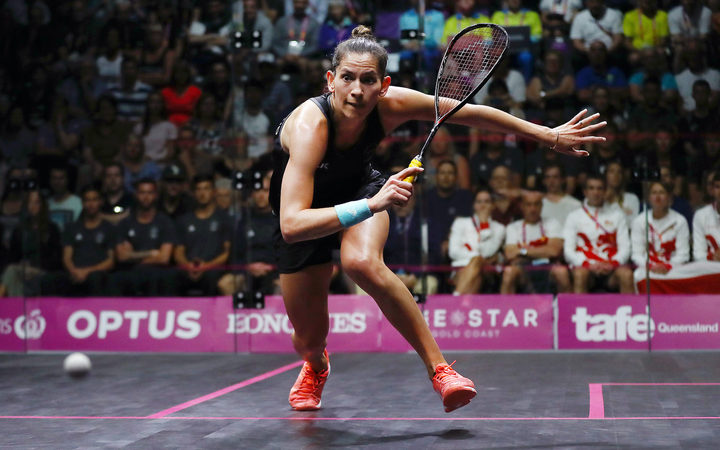 Joelle King competes against Sarah-Jane Perry of England in the Women's Singles Final of the Commonwealth Games. Photo: Photosport

King had a golden 2018 where she won her first PSA platinum event and picked up three medals at the Gold Coast Commonwealth Games.

King, who is currently training in England, said there had probably been more hard times, than good times in her squash career.

"As an athlete there's a lot of hard situations you go through.

"Obviously my injury was probably something that was a hard thing to come back from, but that actually turned into a bit of a positive so there's definitely been a lot of downs and a lot of ups obviously as well so this is just something that is nice when you're travelling the world to be recognised by your own country.

"That's why this is pretty special and I think you realise when you actually come home and you see how excited people are to share your experiences good and bad with you so it's a really nice way to finish 2018 and start off 2019," King said.

King has played squash for 22 years now, having first picked up a racket at the age of eight. She said she played lots of sports before she decided that squash was going to be the one when she was 16.

She said people who had supported her had made a lot of sacrifices over the years so it was nice to get recognition.

King added hearing the anthem at the 2018 Commonwealth Games, when she became the first New Zealand woman to win a gold in squash singles, was a highlight.

"The first time for the singles was quite emotional, special just to know not only was I winning it but as the first female from New Zealand after having such a rich history of female players, the first one to actually get that gold for the singles was pretty special and to have my team and everyone there, it was a nice moment to share with them."

New Zealand's top ranked golfer Lydia Ko has been recognised in the New Year's honours, being made a Member of the New Zealand Order of Merit at just 21 years old.

In 2015 she became the youngest player to win 10 events on a major tour. She won the silver medal in women's golf at the 2016 Olympic Games.

In both 2014 and 2015 Ms Ko was named in the EspnW Impact25 list of twenty-five athletes and influencers who have made the greatest impact for women in sports.

Crichton recognised for contributions to swimming

Roly Crichton, who is best known as the coach of New Zealand's most decorated Paralympian Sophie Pascoe, has been made an Officer of the New Zealand Order of Merit.

Crichton has coached Pascoe for 14 years and has been involved with coaching disabled swimmers for close to 20 years.

Crichton won six Paralympic swimming medals himself at the 1984 and 1988 Paralympic Games.

He said coaching had kept him young.

"Getting out of bed really early in the mornings, it gets your day started and probably over the last 12 years improving yourself to become a better coach so your athletes can achieve."

Had the honour made him reflect on his career? "I guess it does, it's probably more the time you put into it and what you've achieved." 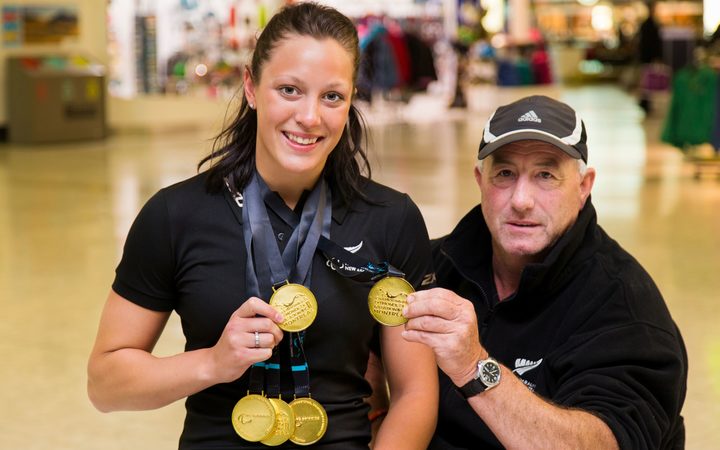 Crichton said the Beijing, London, and Rio Olympics had been major highlights.

Pacoe's next big event is the World Champs next July and Crichton said they were determined she would find more success.

In other New Year's honours, Team New Zealand skipper Glenn Ashby has been made a Member of the New Zealand Order of Merit for services to sailing.

Luisa Avaiki, the inaugural coach of the women's Warriors team has been given the same honour for services to Rugby League.

And the late Georgina Salter - a former Silver Ferns midcourter and Otago netball coach, for services to netball. The award took effect in late November, prior to her death.