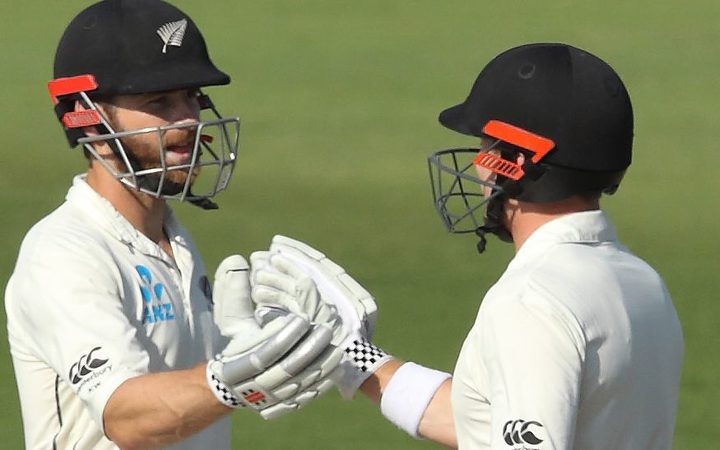 The Black Caps skipper has moved up one spot to second in the latest list released on Wednesday (NZ time), leapfrogging banned Australian counterpart Steve Smith to be the nearest rival to rankings leader and Indian captain Virat Kohli.

Team-mate Henry Nicholls made 126 not out and shared in a crucial 212-run partnership with his captain in the second innings of that match, helping the 27-year-old rise to a ranking of ninth and a spot in the top 10 for the first time.

Williamson's contribution helped him rise to a career high 913 ranking points and close within seven points of Kohli, who managed only three and 34 in India's win against Australia in the first test in Adelaide this week.

The former all-time leading wicket taker in tests, Sir Richard Hadlee is the only other New Zealand player to surpass 900 points in the rankings.

A strong performance in the first test against Sri Lanka starting in Wellington on Friday, and another below-par effort from Kohli in the second test against Australia, could see Williamson take back the top ranking he claimed at the end of 2015.

Behind Williamson and Nicholls, Ross Taylor is the next best New Zealand batsman at 16th.

Wicketkeeper BJ Watling's typically gritty displays in the series against Pakistan have allowed him to jump four places to 22nd, with opening pair Jeet Raval and Tom Latham at 36th and 37th, respectively.

Spin duo Ajaz Patel (66th) and Will Somerville (63rd), who were standout performers in the series against Pakistan, make their rankings debuts on the latest list.