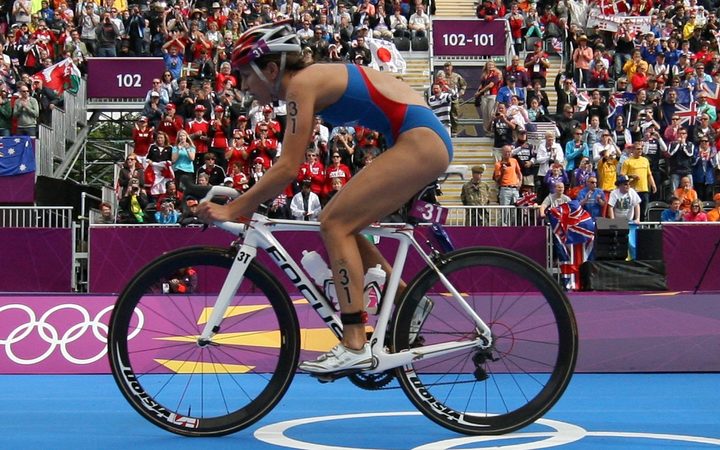 Phillips backed up his victory of 12 months ago, when the event was run as a duathlon after the waters of Lake Taupo were ruled off-limits through an algal bloom.

Mark Bowstead (New Zealand) joined Munro, Reed and Phillips in setting a torrid pace over the 90km cycle leg, leaving Phillips to make his decisive move with 7km of the 21.1km run remaining.

"We got away early in the swim and we were all similar ability. On the bike Mark was strong but not quite strong enough to shake us off," Phillips said.

"I knew I had to have a quick transition and run out hard to keep Tim in check because I know he starts fast and is a strong runner, I just tried to keep as close as I could for as long as I could

"To do it on the run is special, that has been a weakness of mine for a few years, so it is pleasing to see it is still improving."

In the women's race, Radka Kahlefeldt smashed the field, emerging from the water to ride the 90km in close attendance with eventual third-place finisher Rebecca Clarke (New Zealand), before running away to the title.

The win was impressive, coming less than a year after Kahlefeldt gave birth to daughter Ruby in January. She took first in four hours 20 minutes and 27 seconds, just over six minutes clear of second-placed Jocelyn McCauley (USA).

Kahlefeldt said she had particularly struggled to find power on the bike leg.

"I pushed hard but couldn't find it as my legs were frozen and it took me some time to warm up. I think I wasted a lot of energy for the first 30km riding just to warm up and after that I couldn't push any more watts.

"I was lucky I had the running legs today though, so that was good."