Operating on three hours sleep a night, and running up to 120km a day, Napier runner Perry Newburn admits his thought processes weren't at their sharpest. 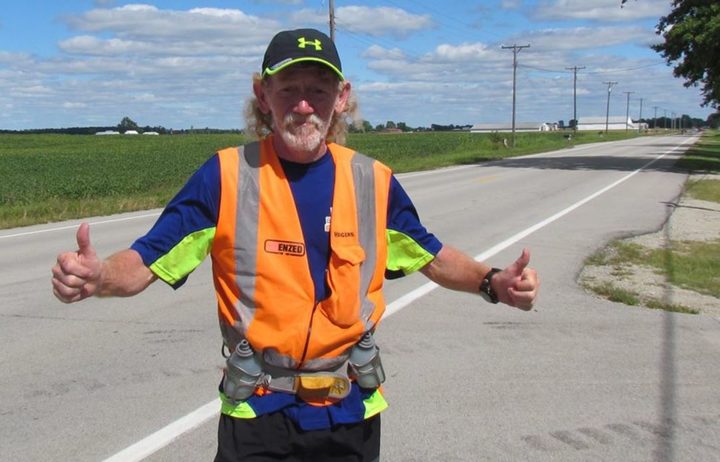 He says that's why he has rescinded his claim to have jogged the length of the country in record time last month, now admitting he was driven for parts of the route.

The 64-year-old took 18 days, eight hours and 42 minutes to traverse from Cape Reinga to Bluff, raising awareness and money for Running on the Spectrum, an autism support group.

His time was faster than Siggy Bauer's previous record over the distance, which had stood for 43 years, by 19 minutes.

Newburn now says he won't be claiming the record, as there were parts of the run where road conditions were unsafe to run and he was driven.

He also cited stormy conditions and sleep deprivation as problems he experienced during the run.

"Once my head was clearing at the end of it, that fatigue, that mind-fog, I looked at the whole thing and said 'No. I can't claim that.'

"My thinking probably wasn't clear at the time, my thought processes weren't clear.

"I was averaging three hours a sleep a night for that whole period of time - that's always going to have an affect down the track," he said.

"I certainly didn't set out to deceive anyone whatsoever. Maybe at the end I got caught up in the hype a little bit but I can't change that."

Newburn said he wasn't sure exactly how much of the distance he had been driven.

The run had always been about raising funds and awareness for Running on the Spectrum, Newman said. More than $7000 had been gathered, and he'd heard no negative comments.

"The feedback's been positive, a lot of people have thanked me. They've said record or no record, it was about the charity.

"That was Siggy's record and to me, that really showed what a huge run that was of his, and what a brilliant athlete he was."